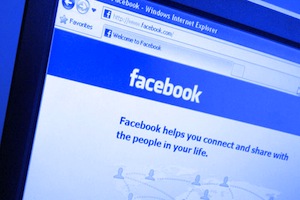 It’s Monday, commonly the most hated day of the week. However, for some of us, Monday can only mean one thing: new pictures added on Facebook.

As the bus grumbles closer and closer to my house, my anticipation bubbles over. I’ve been waiting all day for the moment when I can sprint inside, power up my Macbook and click on my most visited top site: Facebook.

Speaking as a true Facebook stalking expert, I know the dangers of this dreaded practice.

Stalking eats up A LOT of time. I procrastinate like it’s my job, but Facebook stalking brings procrastination to a whole new level. Why? Because the amount of new content never ends. Even after you’ve spent three hours clicking through all of the pictures in an album, someone else has just added 200 more that require your attention. It never ends. Although I am usually all for wasting time, sometimes my stalking has truly kept me up until the early hours of the morning, racing against the clock to finish an assignment that I should have been doing much earlier.
2.                    That awkward moment where you bring up something you saw on Facebook…but you weren’t actually there. We’ve all done it. Someone is telling a great story about their weekend escapades and you jump in with “Don’t forget the 2 AM diner run!” Only to be greeted by absolute silence. You shouldn’t know that, because you weren’t there. Talk about an awkward situation. Eventually when you spend so much time looking through pictures of parties, concerts, and Mobile Uploads, you may actually begin to forget whether or not you were even present.
The most public way to get offended. Sometimes some things are better left unseen. For example, the pictures of ALL of your friends at Bamboozle, which you didn’t attend because they neglected to invite you. And sure, they may feel guilty about it, but not guilty enough to not put up hundreds of pictures to prove what a great time they had (without you, of course)!! Facebook stalking can be a painful process when all you want to do is forget about those little things you weren’t invited to, yet more and more pictures and comments (Not to mention the classic “Inside joke only WE get!” album name) flood your newsfeed.

To say I’m addicted would be an understatement. Facebook stalking washes away hours of my homework and study time, with only a few (hundred) clicks of a mouse.

“Stalking” has come to mean something completely different than following someone around all the time. In fact, now the art of stalking has become socially acceptable.