I Promise, You Don't Know Them 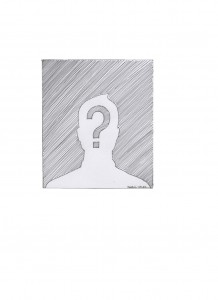 “It was good, Mom. I went to my friend’s house with a couple of people.”

“Don’t worry, you wouldn’t know them.”

It is a question so simple, yet so irksome to teenagers with thriving social lives. With an average of one thousand Facebook friends, the chances that our parents will be familiar with all the people that we hang out with on the weekends are slim. There is reason as to why each component of this conversation is absolutely ridiculous.

To begin, the greeting is a huge red flag. Parents are well aware that their kid’s social life is dangerous territory. In order to uncover information, they decide that they must ease into the topic. A simple greeting is intended to send the message that they are purely interested in knowing how we’re doing, not our various weekend ventures. This form of beating around the bush is easily detected.

We will tell you where we were and what we were doing, because under the age of 18 it is our guardian’s responsibility to know where we are at all times. However, there is no justified reason for telling our parents who we were with, especially if they do not know the people. Before acting as if they are concerned with how our day went, they should just cut to the chase and ask the question you really want to know:

“Who was there?” It immediately triggers irritability, and impatience. If we wanted to tell our parents who was there, we would’ve mentioned it at our own will. Not only is it an invasion of privacy, but also when names aren’t mentioned it’s because our parents probably aren’t familiar with them. Parents love to jump to conclusions. We are not concealing the identity of our friends because they are drug dealers, 20 years older than us, and work in the circus. It is simply because we want to save ourselves the trouble of going through the guessing game.

There’s always the persistent parent, who refuses to believe that they just may not know a kid in their child’s social circle. They continue by saying, “Just try me” or “Just give me one name”. So we give them a name, just to appease them, and nine times out of ten they have no idea who they are. However, they are not quite ready to admit that they were wrong, and we were right.

“The name rings a bell,” they continue. “Don’t I know his mother from somewhere? Did you guys go to preschool together?”

At this point, the frustration has peaked. We tried to save ourselves from this painful conversation, but there’s just no winning in this situation. We either go through the same process over and over again, or we are accused of hiding something from our parents. It’s a continuous cycle, and there seems to be no way out. We urge you, parents, to listen when we say “you don’t know them.” We’re telling the truth.