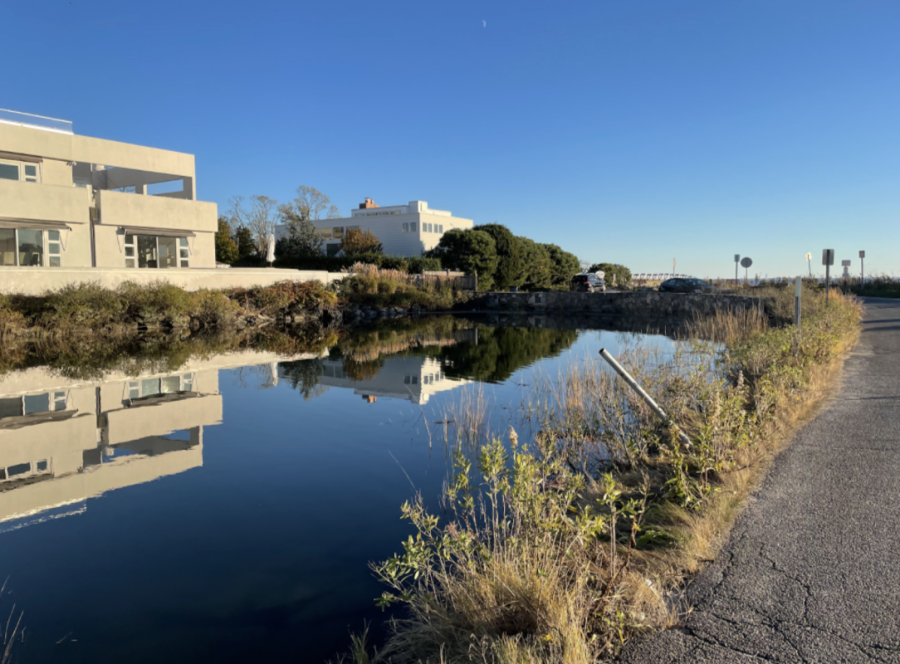 This is the Saugatuck Shores in Westport, Connecticut at the spot where the Westport Police, Fire and EMS Departments rescued a Westport man at 5.55 am on Nov. 9.

A Westport man was rescued Nov. 9 at 5:55 am by Westport police, fire and EMS departments after he was found partially submerged in the water.

“It was an elderly gentleman [with an undisclosed medical condition] who lives with his wife. He is 97 years old. He wandered away from the house,” Westport Police Chief Foti Koskinas said.

In connection with his medical conditions, his house was equipped with an alarm system designed to keep him safely in his house; however, the mechanisms in place didn’t work and because he was disoriented, he ended up in the water.

His wife realized he was missing from their house on the Saugatuck Shores, called 911 and the Westport police, fire and EMS departments responded promptly.

According to NBC Connecticut, police took a nearby canoe to reach the man and brought him back to shore.

Once the police had successfully brought him to shore, the Westport fire and EMS departments worked quickly to assess his injuries and brought him to the hospital for further care.

According to Eyewitness News, police said any injuries he suffered did not appear to be life-threatening.

“I think this is a great example of the quality of personnel that we hire, the training they receive and the teamwork that the Fire Chief, the Police Chief, and the EMS Chief all instill in the people who work for them,” First Selectman of Westport Jim Marpe said. “It’s a concept that I’ve made sure that we have tried to do throughout the town departments.