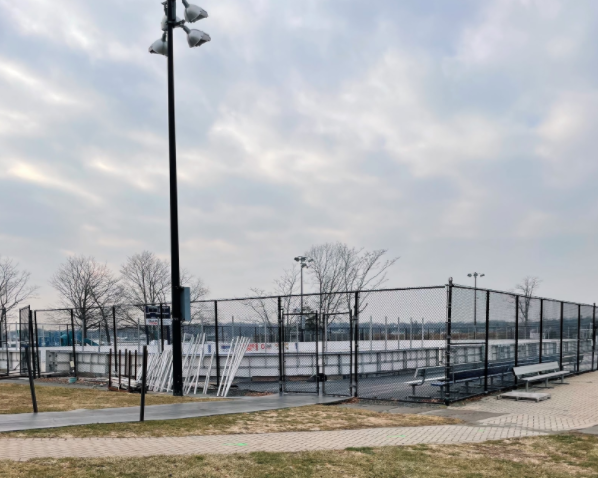 The Longshore ice rink remains closed to the public for open skating but still allows for private lessons. This decision will be reevaluated by Governor Lamont on Jan 19.

Connecticut Governor Ned Lamont announced that all indoor  and outdoor rinks, including Longshore, are restricted to “four plus one” until Jan 19, when the decision will be reevaluated.

The “four plus one” regulation implemented by Lamont on Dec. 11 stipulates that only four skaters and one instructor are allowed on the ice at a time.

Many hockey players utilize the Longshore rink to practice for their games, but Lamont felt that because of the increase in COVID-19 cases that this activity should be put on pause.

“We’ve seen a lot of infections in and around hockey,” Lamont said in an article by the Hartford Courant.

Now the Longshore ice rink is unable to provide ice for hockey players to practice on and for kids to skate around with their friends.

“I know many players who skate there for fun or to practice who will be affected by this change,” Nicolo Vita ’22 said.

Manager of the Longshore ice rink, Tony Lantier, was understanding of these regulations and cared about the safety and health of Westport residents.

“I don’t want the rink to be another COVID victim,” Lantier said in an interview with Dan Woog. “And I don’t want anyone else to be either.”

Despite the challenges that the rink faced difficulty covering expenses, Lantier remained optimistic and awaits Lamonts next evaluation of the situation.