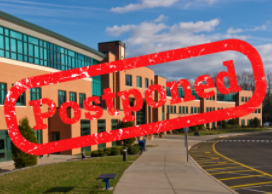 Students have been out of school since March 12. Learning has been able to continue online.

All Connecticut schools will remain closed until May 20 due to the COVID-19 outbreak, according to an announcement made by Governor Ned Lamont on April 9. The announcement was made via Twitter at 2:24 p.m and was followed by a livestreamed news briefing at 4 p.m. The date also applies to small businesses and restaurants that have been closed.

“I don’t want us to get complacent, and I wouldn’t be surprised if that May 20 date extends as well, but right now the date is May 20,” Lamont said.

The decision has been met with mixed reactions from Staples students, as many are eager to return to school, but understand that it may not be a possibility.

“As much as it’s disappointing because we all want things to go back to normal, hopefully [closing schools] will solve the issue faster.” Charlotte Barnes ’21 said. “Overall I think that the state is doing the right thing.”

“These are trying times, unlike any other we’ve seen in our lifetime, and your health and safety is our number one priority,” Cardona said. “Each and every single decision we make is happening with that safety in mind.”

According to Lamont, there are currently 9,784 confirmed cases of COVID-19 in Connecticut, with that number projected to continue to rise. Fairfield County currently has the most cases in the state, with 4,417 confirmed.

Cardona also pledged to ensure that the class of 2020 will receive graduation ceremonies.

“To the wonderful class of 2020: you will have a graduation,” Cardona said. “You deserve it, you worked hard for it, and you’re going to get it.”