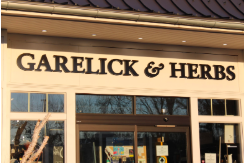 The Saugatuck location of the Garelick and Herbs has been open for the past six years but was closed on Feb.29. Due to a decrease in customers, the owners felt it was necessary to close the Saugatuck location, however the Westport, Southport and Greenwich locations remain open.

The Saugatuck location of Garelick and Herbs closed last Saturday, Feb. 29, due to a lack of customers. The market’s three other locations in Westport, Southport and Greenwich will remain open.

The closing comes after a U.S. Department of Labor’s Wage and Hour Division investigation in December 2019. Garelick and Herbs was found guilty of violating the Fair Labor Standards Act due to insufficient overtime payment, as well as faulty recordkeeping.

The owners, Paola and Jason Garelick, were forced to pay $116,087 in back wages and damages to 35 employees, according to Westfair Online.

However, the closing of the Saugatuck location is unrelated to the 2019 incident, according to Jason Garelick.

“Closing a store is always a difficult decision and the area is great,” Garelick said, “but [keeping it open] just wasn’t worth it for us.”

The real estate of the location also played a factor in the closing.

“‘I had a five-year lease on our Saugatuck store and the past several months, we were going month-to-month, since our lease ended in 2019,” Gerelick said in the Wilton Bullet. “It wasn’t drawing as many customers as it was in the past.”

The market has sold gourmet items and prepared foods for the past six years, and has become popular in the Fairfield County region. “I thought their food was pretty good… so it’s kind of sad that it’s closing,” Phoebe Miller ’23 said. “Garelick and Herbs is good and it will be missed.”