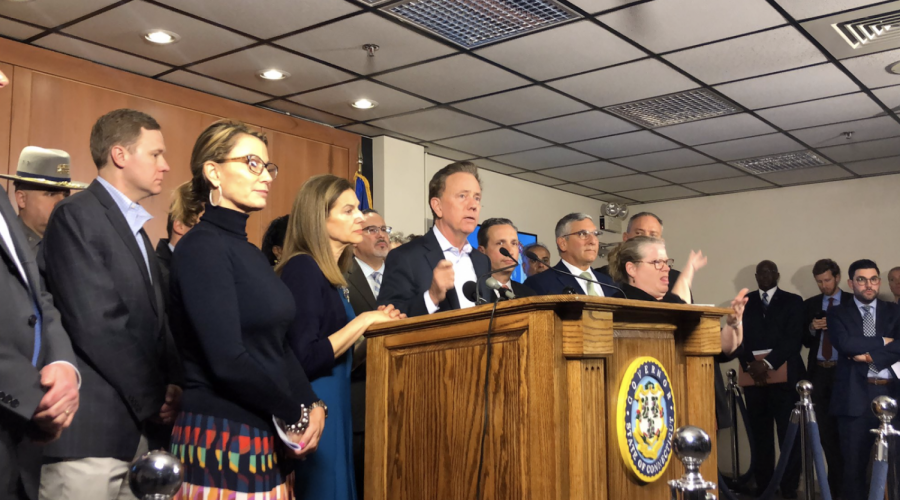 Lamont expressed his concern over the COVID-19 cases in Connecticut on Tuesday in a press conference. Lamont believes his state of emergency will provide the state with the federal funding necessary to most effectively combat the virus.

The former grants the state legal power over quarantine, while the latter gives the governor power to restrict travel and close public buildings, including schools.

“While the declarations do permit us to take certain actions related to the closure of large gatherings, at this time those decisions are still being delegated to municipal officials as they are on the ground closest to the circumstances in each respective community,” Lamont said on Twitter Tuesday.

Alan Fiore ’21 is extremely concerned about the state government’s hesitation surrounding the declaration.

“Coronavirus is highly contagious and students should not be kept in a school with 2,000 other people that could potentially have this deadly virus,” Fiore said.  “[It] is outrageous that I have to use hand sanitizer everywhere I go and in every period […] I don’t feel safe coming into this germ fest each day.”

According to Supervisor of Health Services Suzanne Levasseur, Connecticut doctors are waiting to receive testing kits for the virus from the federal government.  So far, only 75 patients have been tested for COVID-19 in Connecticut, 19 of which were conducted Tuesday and are still pending results.

The first confirmed patient—a man from Wilton in his 40s—is currently in a medically-induced coma, according to the Connecticut Post.

State officials and the US Center for Disease Control and Prevention have advised residents to be active in hand-washing along with other preventative measures used for viruses such as influenza.  Connecticut’s information hotline, 211, is currently active to provide information regarding the virus.