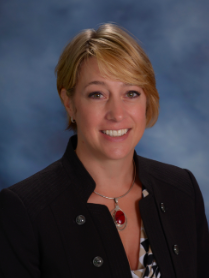 Coleytown Middle School principal Kris Szabo returned to her position on Jan. 29 after being placed on administrative leave.

Coleytown Middle School (CMS) principal Kris Szabo returned to her position on Jan. 29 after being placed on administrative leave.

Szabo was placed on leave on Dec. 4 following her arrest for allegedly slapping a man in a parking dispute in Southbury, Connecticut. She was charged with second-degree breach of peace on Nov. 27 but has since been exonerated.

“[W]e have concluded our review and Ms. Szabo will be returning to school tomorrow,” Interim Superintendent David Abbey wrote in an email to all middle school families on Jan. 28.

Szabo will continue to be principal on special assignment of the middle school alongside Principal Adam Rosen.

“With my experience with her at CMS she was always very involved with the students,” Carly Chamlin ’23 said. “She was always nice and came into class and helped.”