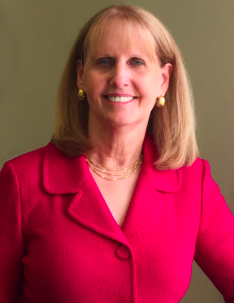 Dr. Colleen Palmer announced her resignation on March 14. Until Aug. 1, Palmer will continue to receive her annual base salary, insurance benefits and transportation allowance.

Superintendent Dr. Colleen Palmer will continue to receive her annual base salary and insurance benefits while on leave for medical reasons until her retirement on Aug. 1. Palmer will additionally be receiving a transportation allowance through her leave time, according to the Separation Agreement between Palmer and the BOE obtained through the Freedom of Information Act (FOIA).

The transportation allowance reimburses a Superintendent for transportation and vehicle expenses accrued while working. This allowance was provided for in a flat rate through Palmer’s original employment contract, according to Chair of Board of Education (BOE) Mark Mathias.

“Notwithstanding the fact that Dr. Palmer does not need a transportation allowance during the leave period,” Mathias said, “the Board [of Education] has agreed to continue paying this allowance as part of the overall Separation Agreement.”

Palmer will additionally receive the pay for 53 accrued unused vacation days in her final paycheck, according to the agreement.

In 2018, Palmer was paid a salary of $300,411. Palmer will continue to receive a salary of approximately $5,777 per week, composing a total amount of $138,648 from her first day of leave until her retirement, according to Westport News.

“Whenever anyone is on some sort of medical leave, it’s pretty standard practice that someone continues to receive their pay,” Director of Human Resources John Bayers said. “That’s really true in any profession, because you have some sort of way to account for why the person was out for medical reasons and usually that’s with pay.”

Palmer announced her retirement on March 14. On March 25, the Board of Education sent an email announcing that Palmer would leave the district to attend to a family medical emergency. A later email, sent to Westport families on April 9, confirmed that Palmer would not be returning to the Westport Public Schools district, due to personal medical reasons.

Mathias clarified that Palmer is on leave for her own medical reasons.

Despite this, Bayers noted that the term “medical reasons” in the initial email left room for interpretation.

“Looking at what the Board had said last night, that it’s a medical leave […] that it didn’t define whether it was for the personal or for someone else,” Bayers said.

Westport resident Melissa Kane believes the Board of Education is handling Palmer’s resignation well and has hopes for the future.

“I feel pretty confident that we can find a great superintendent for Westport,” Kane said, “and I’m looking forward to the process.”