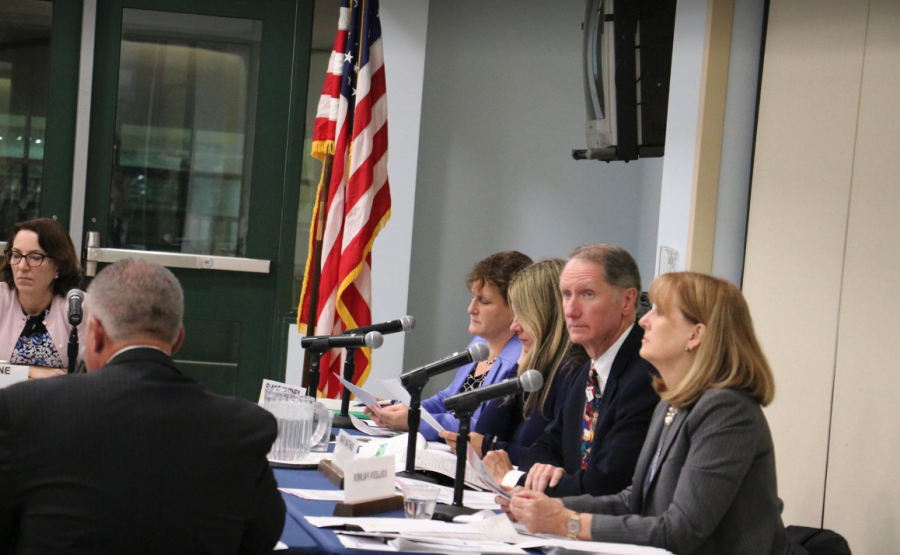 After extensive research, the Community Advisory Committee (CAC) has recommended three options to the Westport Board of Education (BOE) on how to proceed in the 2019-2020 school year to compensate for Coleytown Middle School’s (CMS) mold infestation.

Chairwoman of the CAC and Saugatuck Elementary School teacher Jeanne Bowles said she hopes that CMS will be rehabilitated as soon as possible, but aims to find the best solution for the 2019-2020 school year.

“I hope that the decisions we make will only enhance our educational programs here in Westport,” Bowles said. “It’s important to me that we don’t make short-sighted decisions, but good long-term decisions to make sure our […] school system stays great and better, when possible.”

In addition to building recommendations, the CAC recommended that the BOE conduct a survey to collect feedback on the final options and that the BOE rehabilitate the CMS building as soon as possible.

Superintendent Dr. Colleen Palmer presented nine initial options to the BOE and the CAC to consider for the 2019-20 school year. These proposals, along with community members’ thoughts, are in consideration for the BOE’s final decision.

Chairman of the BOE Mark Mathias is hoping to put forward the least disruptive plan achievable.

“The [plans] are all disruptive,” Mathias said. “there’s not one [plan] that I particularly favor. I think that we have a challenge of disruption in our schools and equity amongst our schools.”

CMS principal Kris Szabo felt difficulties in accommodating for the dispersal of students between BMS and Staples at the beginning of the 2018 school year. Non-core teachers who teach at all middle school grade levels, having to travel between Bedford and Staples, were “arriving late” with a temporary schedule put in place after the initial change.

When it was announced that CMS eighth graders would be staying at Staples for the whole year, a new schedule was created which “allowed to better schedule teachers so that they could better transition between the two schools as well as have more access to [formerly] double-booked rooms,” Szabo said. “This schedule is better, it’s not the best, but it’s better.”

Students too have felt difficulty in the shift to a new school. Shannon Lynch ’23, a CMS student now at Staples, misses her old school.

“At the beginning of the switch, I enjoyed being at the high school—seeing my siblings and their friends,” Lynch said. “But then I realized all the eighth-grade fun like [the] talent show, tumbling show and being the rulers of the school is gone and I honestly miss being there because you had a lot more freedom.”

According to Palmer, as a result of space constraints, six modular classrooms will be built at Bedford for the 2019-2020 school year. These classrooms require no foundation and are temporary. Furthermore, a covered walkway will connect the modular classroom to the school. The corridors will have exit doors with panic bars on the inside and will be locked from the outside.

Due to space restraints with Coleytown students at BMS, the Bedford student newspaper, Ursus, had to be shut down for an issue of their monthly paper. Bedford Middle School language arts teacher and Ursus newspaper advisor Stephen Rexford had struggles in accommodating for the new situation.

“I really learned how important space is to teaching your curriculum,” Rexford said. “I always thought ‘how hard could it be?’ but unlike in the high school, [teachers] don’t have offices in the middle schools, and I have to carry a backpack.”

Despite the difficulties of the situation, Bowles remains optimistic.

“We have a process in place, and we are going to try our best to make sure that everyone’s voice is heard in this process and the entire community can come together and make the best out of a difficult situation.”