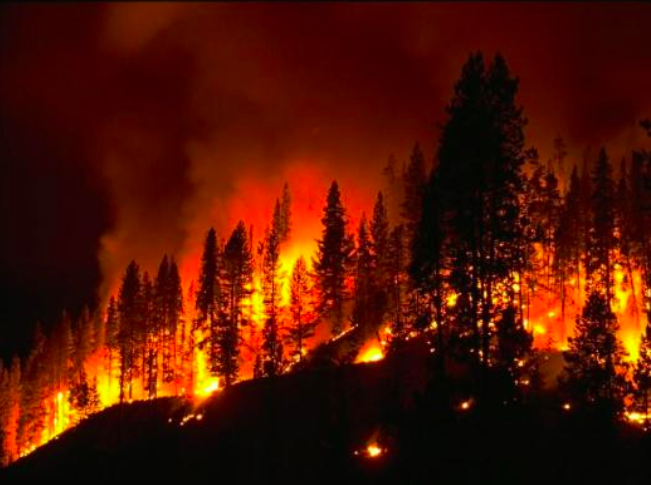 The temperature of Earth’s surface could increase by 1.5 degrees Celsius as early as 2030 and cause irreversible damage, according to a special report by the United Nations Intergovernmental Panel on Climate Change (IPCC) released in October.

According to the IPCC report, a 1.5 degree Celsius increase by 2030 would leave permanent effects on the present-day world; from there, the temperature would continue rising and cause more destruction unless huge changes are made.

“Climate change is moving faster than we are—and its speed has provoked a sonic boom SOS across our world,” UN Secretary-General António Guterres said in a speech about climate change.

Based on The American Lung Association’s “State of the Air 2018” report, which was released in April, Fairfield County was given a failing grade in the smog category, meaning that there was a large number of high smog days. According to the Natural Resources Defense Council (NRDC), “climate change will increase the number of bad air days.”

“In my opinion, and in the opinion of the IPCC, one of the first immediate things that you can do to help the climate on an individual basis would be to eat less meat and dairy,” Christine Kaszanek, an environmental science teacher at Staples, said. “Eating animals is a very large carbon intensive commodity. Eating less meat could help us make a change today.”

The global temperature has risen about 1 degree Celsius since pre-industrial times and is on track to keep rising at a very fast rate if humans don’t make “rapid, far-reaching and unprecedented changes in all aspects of society,” an IPCC press release said.

In 2015, 195 countries were brought together through the Paris Agreement under the common goal to keep the global temperature increase below 2 degrees Celsius this century and pursue efforts to restrict warming to 1.5 degrees. Although the 1.5 degree increase is now considered inevitable, 2030 is earlier than previously expected. If the temperature does reach 1.5 degrees hotter than pre-industrial times in 2030, the IPCC suggests that the goal to keep the temperature increase below 2 degrees will become less realistic.

“With clear benefits to people and natural ecosystems, limiting global warming to 1.5 degrees Celsius compared to 2 degrees Celsius could go hand in hand with ensuring a more sustainable and equitable society,” reported the IPCC in the same press release.

Limiting the temperature increase to 1.5 degrees as opposed to 2 degrees would also result in lower sea levels, a limited likelihood of ice-free summers in the Arctic and less declination of coral reefs.

But not all people are concerned.  Kat Bazarko ’21 feels that climate change is not a pressing issue. “From my perspective, I feel like it’s not a very big problem because I don’t know much about it and it doesn’t really affect me right now,” Bazarko said.

According to Guterres’ speech, not only would a higher temperature affect the environment and animal species, but it would also cause global economic problems and agricultural problems.

Guterres believes that humans have to ability to halt climate change. “Today, I am appealing for leadership—from politicians, from business and scientists, and from the public everywhere,” Guterres said. “We have the tools to make our actions effective, […] Our fate is in our hands.”