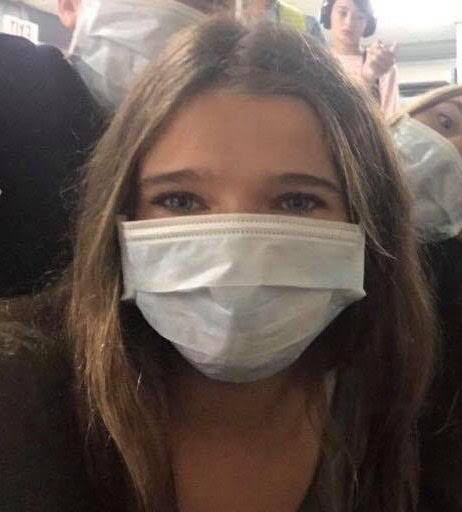 “The best case scenario would be that the building is fit to use, with certain remedies, for now,” Superintendent Dr. Colleen Palmer said. “However, if we find the building is not appropriate to occupy, I’m not going to reopen the building for students.”

KG&D Architects began a $24,750 initial review and assessment of CMS on Sept. 26. The architectural engineering firm will ultimately recommend a long-term plan for the school. Palmer said the recommended renovations may cost roughly $2 million.

“That is really an estimate,” Palmer said. “It could come in double that. Once you get into the millions, we’re talking a town-wide decision. My goal was to alert town officials that I don’t know the exact number, but it’s in range of millions.”

School administrators are also working with the Yale School of Occupational and Environmental Medicine to develop strategies for mitigation of environmental concerns. A $15,000 preliminary assessment of CMS began on Monday, Sept. 24.

Although most CMS custodians were relocated to BMS and Staples, some remain at CMS to dig the perimeter of the building and seal areas with high water concentration.

“Keeping up with an aging building is very difficult,” Palmer said. “However, I’m very impressed by the responsiveness of our team.”

Structural deficiencies, design flaws in the ventilation system and high humidity levels resulted in mold growth at over 50 locations throughout the school over the summer.

“When you went into the classrooms, if you touched the desks, they were wet,” Lee Goldstein, a parent representative for Tools for Schools and CMS Parent Teacher Association co-president, said. “I saw fuzzy mold. The arm chairs and the plastic stuff had mold and mildew on them.”

“I have had allergy-type reactions some days in the building,” Szabo said. “I can’t tell you if it’s the mold or dust or something else, but I have reported to the nurse stuffy nose, sore throat.”

In August, the school replaced moldy ceiling tiles with new vinyl tiles and installed two industrial dehumidifiers, which run on diesel gas. The Board of Education spent an estimated $700,000 on these remediation efforts.

However, part of the dehumidifying system outside the eighth grade wing failed on Sept. 14. Students and staff members smelled a musty odor. Although the system was fixed the same day, it broke again and had to be repaired a second time on Sept. 15.

Staff members complained of shortness of breath and dizziness on Sept. 17, prompting a 30-minute evacuation of the building. Emergency Medical Services personnel evaluated eight staff members and one student who reported headache, nausea and other symptoms.

School officials never determined whether these ailments were mold related, but mold exposure can cause allergy symptoms such as sore throat, itchy eyes and skin rashes.

“People worry about molds being toxic or producing toxic byproducts, and that’s a very exceptional situation,” Robert Brown, Director of Industrial Hygiene at Hygenix Inc., said. “Far and away, the biggest problem that people have with mold is allergies.”

According to a former CMS teacher who wished to remain anonymous, CMS teachers felt sick for years but hesitated to report their illnesses to the school.

“Nobody wants to complain and be the person causing a problem,” the former CMS teacher said.

“I never expected it to get this bad, where it literally has taken over the school,” the former CMS teacher said. “They put a Band-Aid on it every single year, but I’m not really that surprised that it’s gotten to a level of no coming back.”

Szabo expressed gratitude to the Westport Public School District for its support of the CMS community.

“Between the Bedford team and the Staples team, everybody’s going to work hard to make sure that the Coleytown kids feel safe and welcome,” Szabo said. “We can pick up where we left off the other day and just get off to a good start to the school year.”