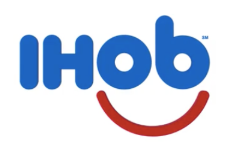 On June 4, 2018, IHOP’s Twitter account released a statement revealing the companies plan to change their name to IHOB.

Although no one is sure what the “B” will stand for yet, devoted IHOP fans have flocked to Twitter to predict the meaning behind the incoming letter. Guesses range from “breakfast” to “Battlestar Galactica” to “breakdancing,” but the company will not be releasing the true meaning until June 11.

“I’m not a fan of the name change,” Jake Glickman ’20 said. “Even though we don’t know what it will be, it just seems completely unnecessary to me for the franchise to change their name.”

This isn’t the first time IHOP has reworked their name. 15 years after the International House of Pancakes was founded in 1958, the company shortened its name to IHOP. With its 60 year anniversary commencing in January of 2018, once again the company has made the decision to change things up a bit.

Stephanie Peterson, IHOP’s executive director, told Ben Tobin from USA Today in a recent interview, “We’re serious about the quality of food and our menu, and this name change really reflects that.”

Despite Peterson’s comment, confusion about the name change lingers. In a recent article, The Guardian called the change a “desperate plea for attention,” before going on to question if the change was a good idea from a financial standpoint.

Millard Brown, a research company, found that brands who change their name tend to experience an immediate 5 to 20% drop in sales, vindicating The Guardian’s concern. CNN also made its opinion known when releasing an article asking “why the company would want to mess with a name that’s so well-known and beloved.”

“The name change definitely came as a surprise to me,” Ella Meyer ’19 said, “but regardless if it’s IHOP or IHOB, I’ll still be there.”