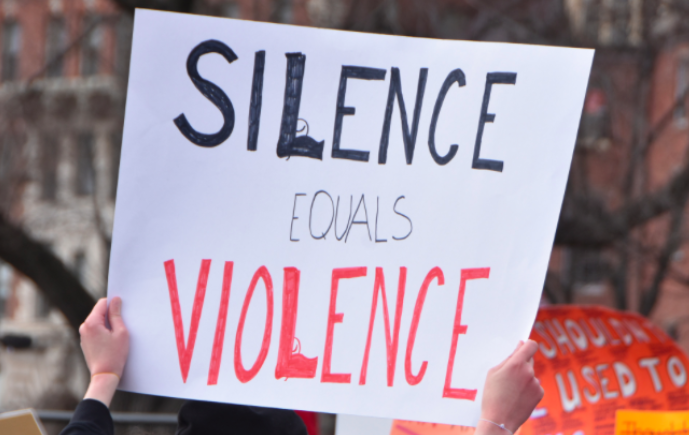 On Friday, June 1 Staples students and faculty, specifically teachers from the English department, wore orange, a color representing the fight to end gun violence. Both the news and social media promoted wearing orange, which caused many to join in.

“I think there’s importance in symbolism and unity and it [wearing orange] does show unity amongst people,” English teacher Brendan Giolitto said. “When you have people around the country wearing the same color, hopefully it spreads the message to the lawmakers that we do want some sort of change.”

Over the course of the last few months multiple events similar to this one have taken place at Staples. In March students participated in a nationwide walkout to fight against gun violence and in April another walkout took place at Staples featuring singers and poster-making in protest.

“I think this issue is worth protesting for because 96 people die every day from gun violence and this problem penetrates every space in America,” Brooke Kessler ’18 said.“It is up to our moments of protest to show our legislators the we care about this issue and we demand they do something about it or they will be out of a job.”

Participants hope that by wearing orange they will be able to raise more awareness regarding gun violence and that students will continue to display political activism regarding the fight against gun reform in the future.

“The reason why the color orange was chosen for this movement was that it is the color hunters wear to show they are not the target,” Kessler said. “Wearing orange to protest means to me that the rest of the American public deserves the same protection as hunters. We are not targets, we are citizens and we deserve to feel safe from the threat of gun violence.”