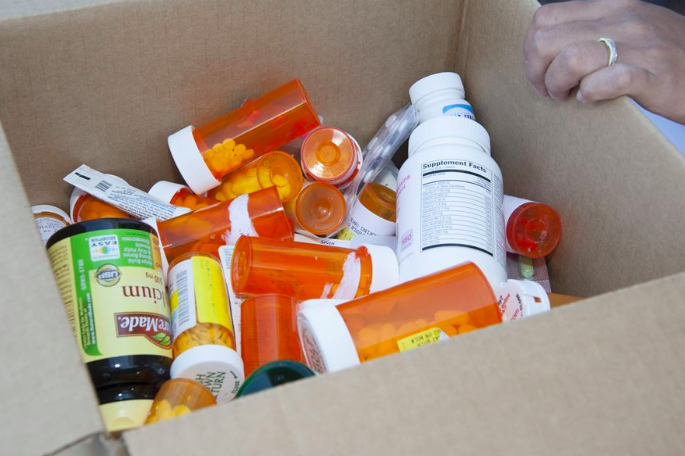 On April 28, the Westport Police Department teamed up with the Drug Enforcement Administration to give Westporters the change to dispose of old or unused medication.  This is part of a nationwide initiative call “Drug Take Back Day.”

Without proper disposal, powerful prescription medication can be dangerous within the household.  The danger of prescription medications getting into the water supply can be detrimental to the environment.  According to the Connecticut Department of Energy and Environmental Protection, “disposing of [medications] in this way causes water pollution and has adverse effects on septic systems, sewage treatment plants, fish and other aquatic wildlife.”

Health teacher Felicia Kazantzidis believes that the drug takeback day will be effective. “I think it is a really smart idea to bring them to the police station,” Kazantzidis said.” It will reduce the risk of students or younger kids getting their hands on them.”

Residents were encouraged to bring their old medication to the Westport Weston Health District at 180 Bayberry Lane, where officers were stationed. The service was completely anonymous.

Although this annual tradition will not come around again until next year, there is a less formal opportunity that is year round. In the Westport Police Department lobby, there is a special collection bin where old prescriptions can be dropped off and disposed of by the police at any time, while still remaining anonymous.

The Westport Police Department also offers another alternative. Special medicine disposal bags that are filled with activated charcoal. When water and the specific medicine are added to the bag of charcoal, the chemical in the medication is deactivated and it is safe to throw out in even your home garbage.

This program has been successful in the past years in keeping Connecticut families safe. According to data recorded by the Connecticut Department of Consumer Protection, the amount of medicine brought in and destroyed has multiplied by 10 times since 2012. With only 3,639 pounds in 2012 to 37,514 pounds in 2017, it is clear the amount of progress that has been made.

Overall, this project is a simple and responsible way to discard old medication while keeping both citizens and the environment safe.