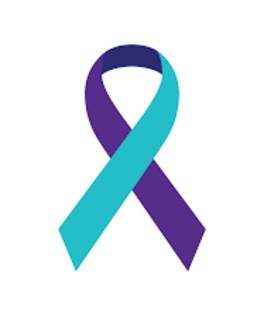 On Oct. 23, the American Foundation for Suicide Prevention (AFSP) will hold the Out of Darkness Walk at  Sherwood Island Park to bring awareness to suicide prevention. The month of October is suicide awareness month. The Staples community in particular has suffered losses to suicide specifically the death of teacher Cody Thomas.

Suicide is the 10th leading cause of death in America, (American Foundation for Suicide Prevention), and every 16 minutes someone in America commits suicide (Do Something).

“I think that Staples as a community should definitely do something to recognize that it’s suicide awareness month,” Reeve Jackson ’17 said, “It’s important to give voice to acknowledge things that people so often brush under the rug.”

Some students have taken action to bring attention to the issue of suicide. Max Eigen ’19 started the club Shells of Hope to raise awareness. “When the suicides started happening last year, we started, and have raised $5,000 dollars for charities,” Eigen said.

Eigen and the 30 other members of Shells of hope hold fundraisers including bake sales, car washes and lacrosse competitions.

“[Suicide] is a very serious topic that we don’t pay nearly enough attention to,” Eigen said, “If we payed more attention to mental health and bullying, we could have caught the issue and stopped it.”

Maria Maisonet ’19, like Eigen, works to help the staples community with suicide awareness.“I make sure to keep the dialogue open about suicide and I don’t tolerate when people say that’s it’s ‘not appropriate dinner conversation’ because the most important things to talk about are the hardest to say,” Maisonet said.

Maisonet has become a strong advocate for suicide awareness because of the occurrences at Staples last year.

The Teen Awareness Group and many others have decided to walk in the Out of Darkness Walk. This is a walk helps raise money and awareness for suicide and suicide prevention. The walk will begin at 12:30 P.M. and finish at 3:00 P.M. at Sherwood Island Park.

“We [in TAG] are all very passionate about mental health and especially after the events of last year, suicide is a stigma that needs to be addressed,” Grace Roseme ’19 said.

“When Staples walks in the event we will be thinking of the lives the community lost this past year, and dedicate that time to them,” Roseme said.

The Department of Mental Health, (203) 736-2601, is open to speaking with people suffering from depression and/or suicidal thoughts.