An exclusive inside look at Staples’ most talented students 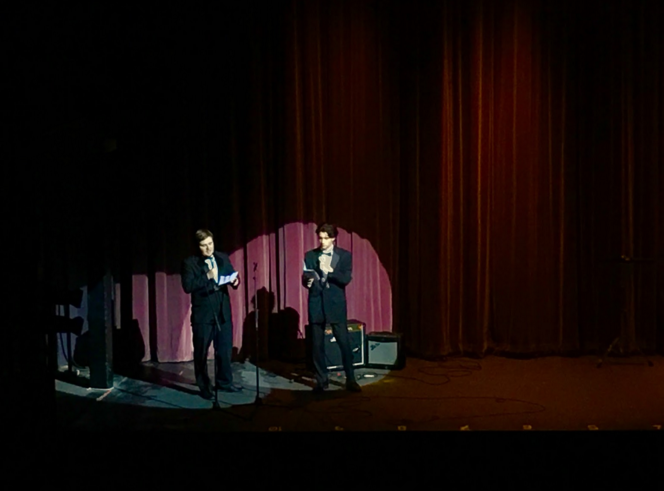 The Student Assembly hosted the Variety Show last Friday, April 15,  which showcased the school’s most talented students. From singing, to dancing in a chicken suit, the Variety Show covered it all. A special schedule was put in place in order to accommodate the show that took place during period six.

Many performers shared their experiences during the Variety Show as well.

“I felt extremely nervous… I get terrible stage fright, but I felt at peace during the performance and elated afterwards,” Xi Jones ’17, who sang Hallelujah, described.

“I was super nervous before both performances. It was a good nervous though. The excitement that comes with performing in front of so many people becomes sort of like a high. It gets you all jittery and pumped up. It makes you feel really alive,” Julia Kempner ’16 explained.

Despite their nervousness both Jones and Kempner enjoy the ability to showcase their talents and entertain other students through the Variety Show.

“I feel that many people in the school see each other and don’t know the talent hidden in the school,” Jones said.
“That’s what I care about most, not what people think of me, but if the experience brought some smiles on some faces and helped me improve,” Kempner continued, “I loved seeing the joy on all the other performers’ faces when they came off stage before me and I finally had that pure happiness that wasn’t rid with anxiety or nervousness when I was finished with both my performances too.”