5 things everyone must know about the Zika virus 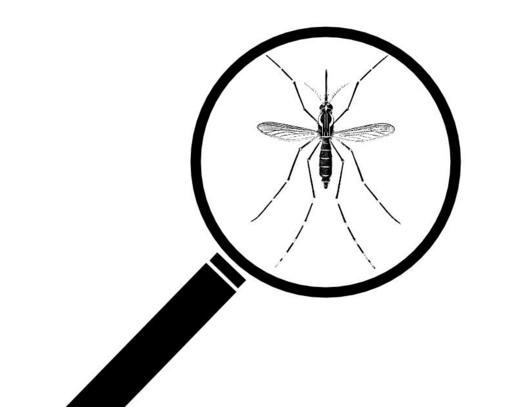 Many Westporters are beginning to travel in possible Zika virus affected countries for their school or summer vacations, and as the virus becomes more viral in America, many are wondering what do they need to know about this virus.

It raises questions like: What is the Zika virus? How can someone get Zika? Where is the virus typically found? What are the symptoms of Zika? Is there a treatment for Zika? What is being done to stop the spread of Zika?

What is the Zika virus?

According to the the Center for Disease Control and Prevention (CDC), in 1947, the mosquito-born virus was discovered and was named after the Zika Forest in Uganda. The first human victims were exposed to Zika in 1952. Tropical Africa, Southeast Asia and the Pacific Islands has had reported outbreaks of Zika since 1952. The Pan American Health Organization (PAHO) in May 2015, reported that Brazil encountered it’s first Zika virus confirmed infection. On Feb. 1, 2016, the Zika virus was declared a public health emergency of international concern (PHEIC) by the Word Health Organization (WHO).

Dilma Rousseff, the President of Brazil, has made comments on Feb. 13, 2016, during a mass mobilization regarding the Zika virus outbreak in her country and said, “As long as the mosquito keeps reproducing, each and every one of us is losing the battle against the mosquito.” “We have to mobilize so we do not lose this battle,” said Rousseff.

Where is the virus typically found?

According to WHO, CDC and PAHO the Zika virus has been active in over 37 countries such as the Northeastern part of South America along with Mexico and countries southern of Mexico and many other islands located in the Caribbean Sea. Zika has been able to make it across American borders and infected patients are located in Minnesota, Florida, Texas, Hawaii, Illinois and most recently in Pennsylvania. All infected victims in the U.S except one traveled to a Zika affected location prior to getting the virus.

How can someone get Zika?

Being bitten by an infected Aedes species mosquito is the most common way of getting the Zika virus. Although, there have been cases where saliva, sex and blood has been transmitted from one person to another. During pregnancy, a mother can pass Zika down to her fetus, which can cause birth defects for the baby.

What are the symptoms of Zika?

People infected by Zika typically experience muscle and joint pain, conjunctivitis, pink eye, skin rash, headache and fever and commonly last from two days to a week. According to the CDC, once someone is infected by Zika it is likely that the person to be protected from future infections.

“Arrival of the virus in some places has been associated with a steep increase in the birth of babies with abnormally small heads and in cases of Guillain-Barre syndrome,” stated Chan.

Pregnant women, especially, need to be cautious when they are travelling in countries with Zika because their child may be born with a birth defect when infected with the Zika virus.

Is there a treatment for Zika?

Wear long pants and long-sleeved shirts.
Use insect repellents.
Stay in places with air conditioning or that use window and door screens to keep mosquitoes outside.
Sleep under a mosquito bed net if you are overseas or outside and are not able to protect yourself from mosquito bites.

What is being done to stop the spread of Zika?

Many countries that are infected with Zika have been implementing new systems to prevent mosquitos from entering certain areas. The CDC has been developing laboratory tests to help further understand the Zika virus and has been providing guidance to travellers going into Zika infected countries. Doctors have not found a treatment for the Zika virus yet, but have been trying to familiarize themselves with the virus. The CDC recommends plenty of rest and hydration to manage symptoms.

On Feb. 8th, 2016, President Obama made a request for $1.8 billion in emergency funds to expedite the research and treatment for the Zika virus. Stopping the spread of Zika has been a challenging task for many countries, agencies and organizations because it is difficult to reach all mosquito breeding areas that carry the virus.

Frieden also announced ways how communities can diminish the spread of Zika, “Communities where Zika is spreading can reduce breeding sites by removing standing water and states localities.”