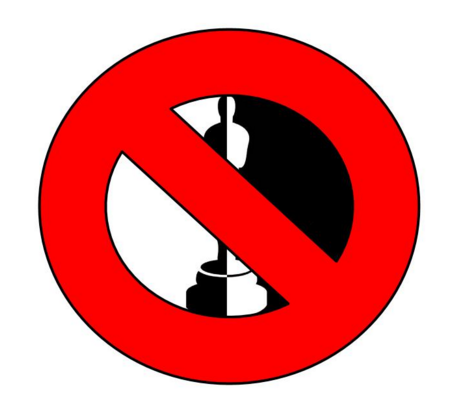 On Jan. 24, 2016, nominations for the 88th Academy Awards were announced and trending hashtags such as #OscarsSoWhite and #OscarsStillSoWhite surfaced once again. All of the Oscar nominations were for white actors, actresses and filmmakers such as Leonardo Dicaprio, Christian Bale, Jennifer Lawrence, Alicia Vikander and Alejandro G. Iñárritu.

Similar to last year, there were no African American actors, actresses, writers or directors nominated for any of the ‘Big Five Academy Awards’ (Best Picture, Best Actor, Best Actress, Best Director, and Best Screenplay) or for any supporting roles. Many movie stars and fans will not be attending or watching the Oscars on Feb. 28, due to the absence of color in the Oscar nominations.

Jada Pinkett Smith will be among the many boycotting this year’s Oscars because many African American movie stars, including her husband Will Smith for his performance in “Concussion,” were not nominated for an Oscar. Jada Smith released a video on Facebook saying, “Is it time that people of color recognize how much power, influence, that we have amassed, that we no longer need to ask to be invited anywhere?” Smith continued, “And we are a dignified people, and we are powerful.” “So let’s let the Academy do them, with all grace and love. And let’s do us, differently,” Smith voices.

Not everyone agrees about boycotting the Oscars. Will Smith’s former co-star, Janet Hubert, released her perspective in a video.

Celebrities are not the only ones that have an opinion on this controversy, many Staples students have their own opinions on the boycott.

“I don’t think it’s fixed for white actors or actresses. The head of the Academy is African American so their whole argument is not right. They are just angry that they weren’t nominated. I don’t think [the boycott] has anything to do with race, it is more so with being angry for not being nominated for an Oscar,” Benjamin Klau ’18 said.

Olivia Payne ’18, a member of Young Democrats Club and Players voices her point of view on this issue.

“The boycott is weird. It may be useful to draw attention, but there is a better way to do it. It’s good to take some amount of action.”

Other celebrities, like Spike Lee, took their shock to social media too.

“But, how is it possible for the second consecutive year all 20 contenders under the acting category are white?” Lee said.

The all white membership of the Oscars is being defended by Helen Mirren against unethical allegations. In a Channel 4 News interview, the prominent actress reveals, “I think it’s unfair to attack the Academy.” Mirren continues, “The issue we need to be looking at is what happens to the film before it gets to the Oscars. What kind of films are made, the way in which they are casted, the scripts and go all the way back to the writing of the scripts. It’s those things that are much more influential ultimately than who stands with the Oscar.”

In response to the boycott, the Academy acknowledges the lack of diversity in its membership and plans on making more spots available for nominees in the top categories and broadening the amount of voters in the Academy.

The President of the Academy, Cheryl Boone Isaacs, made a statement on Tuesday, Jan. 19, 2016 in response to Smith’s and Lee’s remarks on social media.

“The Academy is taking dramatic steps to alter the makeup of our membership. In the coming days and weeks we will conduct a review of our membership recruitment in order to bring about much-needed diversity in our 2016 class and beyond,” Isaacs stated.

“Good thing they are getting a African American host. But it is not nearly enough,” Payne said.

On Feb. 28, 2016, boycotting or not, the Oscars will be airing live on ABC at 7:00 pm with host Chris Rock and many viewers will be tuning in to see how he handles this controversy.