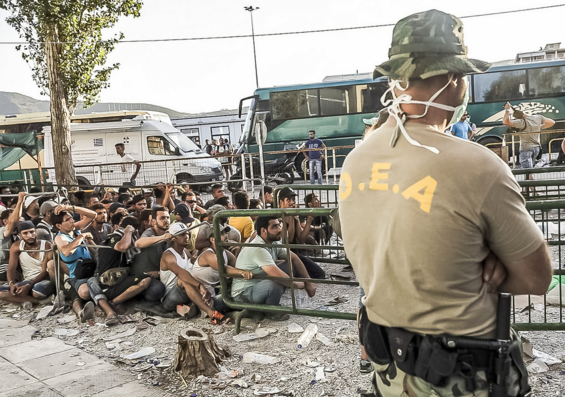 In light of the recent terrorist attacks on Paris and Lebanon, The U.S. House of Representatives passed a bill on Friday Nov. 20 that would tighten the veting process on any Syrian or Iraqi refugees who are looking to get asylum in the United States.

While the current process takes two years, the new one would take much longer seeing that it would involve the head of the FBI, the Department of Homeland Security and the Director of National Intelligence giving the OK to each refugee individually. The bill must still be approved by the Senate before it goes to President Obama, who says he will veto the bill.

Although the terrorist attacks happened over three thousand miles away, and the bill was passed mostly by people who could vote before any of the students at Staples were born, the community has been affected by the events.

Many different classes had discussions on Friday about the events since students have strong reactions to the news of the bill’s passing. Monique Østbye ’18, a member of the Young Democrats Club, was shocked and confused when first hearing that some presidential candidates and state governors wanted to stop letting in Syrian refugees all together.

“If we leave all those millions of humans out there they will have nowhere to go but ISIS,” Østbye said. “Leaving them will cause an unreal amount of anger and hatred to the U.S. because we are partially the reason why they are seeking asylum.”

Nick Bilotti ’18 agreed, and added by saying that, “As human beings of this earth, it is our responsibility to help each other in times of need. Now is the Syrians’ time.”

While many of the presidential candidates who supported the bill and other measures to vet refugees are members of the Republican party, both Democrat and Republican members of the House would have had to vote for the bill to get the 289-137 passing votes. Drew Cohen ’17 attests to that fact, saying, “This is not a Republican or Democrat issue.”

Cohen says that, “Our intelligence persons in this country have repeatedly said that there is no way to vet these people.”

Østbye agrees that “the security of the country is definitely a valuable argument.” She based her reactions not only off her own beliefs, but also off multiple different statistics, but concluded that “denying 4.5 million refugees asylum because of actions based on the smallest group imaginable is totally insane.”

Maddie Phelps ’19, who does not identify as either democratic or republican, looks at the bill passing from both perspectives.

“I understand why candidates and average people don’t want Syrian refugees being let into our country,” Phelps said,  “due to the devastating things that involve terrorism that have happened in our country and in other countries.” She then goes on to add that “[she] thinks the candidates should not just assume that all refugees want to do harm, and many refugees just want to live here because they want peace.”

While students have strong reactions to the bill already, it will still have to be passed by the Senate, President Obama and then possibly overruled by the Congress.

The reactions to what the President should do if the bill gets to the oval office is varied.

Bilotti says he, “really hopes Obama can do one good thing as president and veto it,” while Cohen believes that, “Taking in these people is endangering the welfare of the citizenry in this country in my opinion, is a treason offense by the President.”