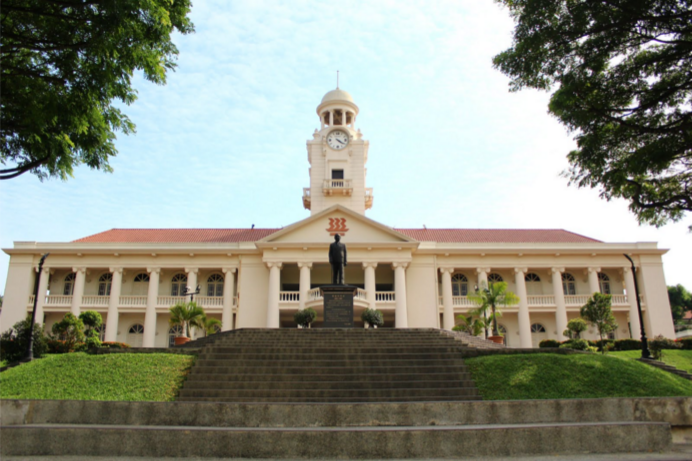 On Nov. 9, 2015, roughly 50 of Staples’ brightest juniors and seniors opened up their emails to discover a mysterious invitation from the Department Head of Science, AJ Scheetz, titled “Exciting Opportunity.” For the second year in a row, two of Staples’ students will be travelling half a world away to attend the Annual International Science Youth Forum in Singapore.

Of the 50 invited, selected mainly based on GPA and expressed interest in the sciences, 15 students showed interest in pursuing this opportunity. However, ultimately only two were selected to represent Staples at the event, which is sponsored by the Singapore Ministry of Science and invites representatives from schools all over the world, ranging from Australia to Mexico to Estonia.

Typically, such an event’s final selection would be based solely upon merit; however, this year, the representatives were ultimately chosen by a lottery, eliciting confusion and disappointment among many of the students invited, especially after they were told in an email that they would have the chance to be interviewed before selection.

Jonathan Alter ’17 was invited to apply for the event, as it was originally based on a series of questions and an alleged interview, and expressed agitation about the lottery method utilized.

“Personally, I felt as though it was sort of an insult almost to all of us who were selected for the opportunity–regardless of who was chosen in the end,” he said. “An arbitrary lottery of names completely violates the principles at stake.”

Beyond the immediate discussion, students felt as though a lottery method nullified its prestige as a resume builder, because it was technically no longer based on merit but on luck.

“I think everyone would ideally prefer meritocracy to lottery,” Emily Schussheim ’17, another invited student, taking a more retrospective approach, added. “But there’s still so little I know about how it went down in terms of what constraints [the administration] was working under– the size of the applicant pool, the time they had to choose the applicants, etc.”

Evidently, there was a lot Staples students didn’t know about the selection process, as Scheetz stated that Staples was already “two weeks late” in notifying the forum of its selected applicants. “Because the qualification has to do with GPA, I wanted to give everybody an opportunity to have their first quarter grades incorporated into their GPAs,” he said. “We got a lot more people interested this year, and when I thought about interviewing 15 students, I realized we did not have the time due to the quarter’s two-day extension.”

In an effort to narrow the applicants down without holding interviews, Scheetz sent out a questionnaire to the 15 students, asking them to answer questions about everything from their working style to what they hoped to get out of the experience.

“When I read the students’ responses, I found that everybody really did a spectacular job, particularly given the short time frame to respond,” he said, going on by saying, “we decided the most expedient and fairest way to choose was with a lottery. I put the names in a beaker and walked down to Mr. Micinilio’s office, and he chose the names right then and there.”

From a student’s standpoint, Alter certainly believes “the two students chosen are deserving of the trip and have the merit that warrants their experience at the forum,” but just wishes “a better methodology could have been employed by administration.”

Scheetz agrees that the selection was perhaps “not as transparent as it could have been,” and hopes that in the years to come he will be able to “say upfront that yes, there is a survey, but if we can’t select students based on this, we will use a lottery.”

Taking a step back, Alter suggested that perhaps the decision would have been easier if only “people were more selective in the initial stages of choosing students,” noting if that were to have happened, “this type of problem with too large a populace would not have taken place.”

In terms of Assistant Principal Patrick Micinilio’s opinion, whose fingers ultimately ended the heated selection when he picked the names himself, he agreed that the students were equally qualified. “I gave Dr. Scheetz a flavor of each of the students he told me was in the lottery, and they are all great kids. I couldn’t pick one over the other–I would want them all to go if they could.”

Due to the hype surrounding the selection, the two winners have chosen to remain anonymous until they attend the forum, and therefore their names are not revealed in this article.