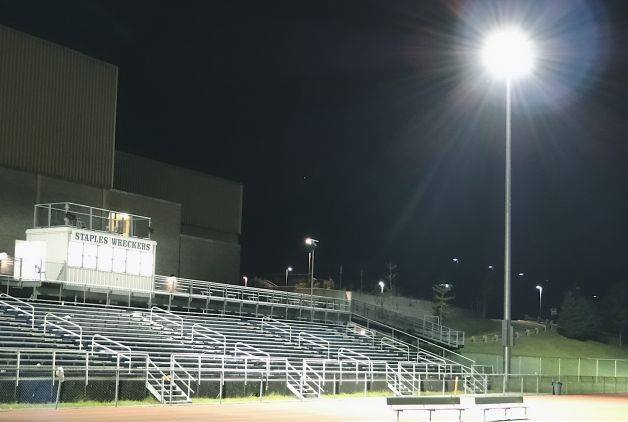 On Thursday Oct. 1, Staples High School seniors will participate in a mandatory assembly to discuss the negative ramifications of teenage drug and alcohol use. The assembly is centered around a performance from substance abuse educator and actor John Morello, who will assume the role of several characters throughout the presentation.

The head of the Staples athletic and health departments David Gusitch insists that the timing of the assembly, one day before Friday’s homecoming football game, is entirely coincidental.

“The timing more came down to what worked for our schedule and what worked for Mr. Morello’s schedule,” Gusitch said. “Obviously the way it worked out in relation to homecoming is ideal.”

Ben Harizman ’17 thinks that the timing of the assembly is more than a coincidence. “It’s hard to believe that it’s random when you look at how hard the school has cracked down on drinking at the games,” Harizman said.

Staples has been making a distinct effort to improve its drug and alcohol awareness in recent years. At the 2009 homecoming game the hospitalization of several Staples students due to substance abuse triggered an outcry from parents and students alike.

Kristin Munley ’16 thinks that the assembly will help stop students from abusing substances before the homecoming game. “When that kind of message is fresh in your mind it just makes you think twice about making bad choices,” Munley said. She also added that it does not make sense to only include seniors in the assembly as other grades are just as susceptible to drug and alcohol abuse.

Gusitch explained that Connecticut mandates that a health assembly be carried out at all public high schools once a year for seniors only. Thursday’s assembly will fulfill that requirement at Staples, while also reminding students of the negative effects of substance abuse before Friday night’s game.