Students give the skinny on school dance diets 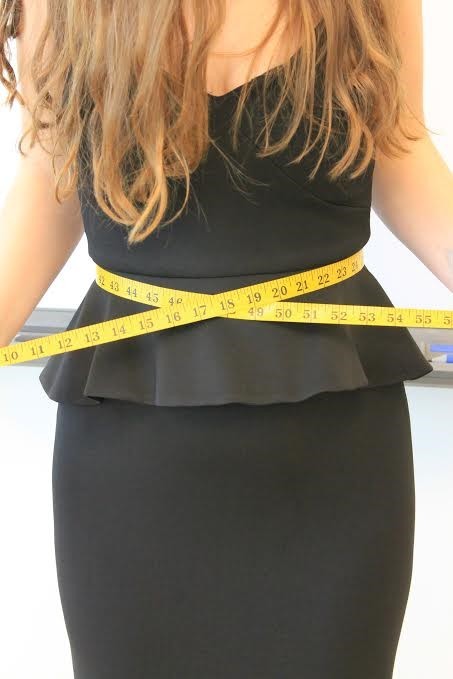 Sitting in the cafeteria, a girl pushes around a salad she won’t dare to eat. Needing some encouragement, she steals a quick peek at a picture she saved on her phone of the model of her Counties dress, a dress she ordered several sizes too small. Slugging through the day on an empty stomach, she hauls herself to the gym and finally crashes. This goes on every day for the month of January, according to this senior girls’ concerned best friend.

With junior prom invitations rolling in as early as February this year, the stress of scouring every store for that perfect dress and devoting hours on the treadmill for that stereotypically ‘perfect’ body will soon begin to engross many girls. But all too commonly, the dance diet will reach a point of obsession and unhealthy habits, students confess.

“I would literally just eat protein bars and protein shakes, and I would run eight miles a day. I was insane,” Brooke* ’15, a short, brown-eyed athlete said, reflecting on her junior-year diet plan. “Now I actually eat real food.”

According to the Keep It Real Campaign, a girl-empowerment project created to celebrate different body types, upwards of 80 percent of all 10-year-old girls have attempted a diet at least once in their lives. They also stated that 78 percent of 17-year-old girls possess poor body image, a statistic that comes to surface when girls go to extremes to monitor their weight for dances.

Off the record, Brooke was willing disclose the full details of her diet plan and the amount of weight she lost, but she asked that it not be published in fear that it would negatively impact other girls by inspiring them to imitate her. Hoping to send a positive message, Brooke said that she employed a much healthier approach for Red and Whites and warned against the dangers of shedding pounds too quickly.

“If you lose five pounds in four days, it’s not healthy, and you’re going to gain it right back,” Brooke said. “And if you go to the afterparty and drink [alcohol] when you haven’t eaten anything in days, you’re done. You need food to digest alcohol. It’s dangerous [not to eat].”

As Brooke pointed out, this style of dieting is rarely successful. According to Women’s Health Magazine, 95 percent of diets fail. A study at UCLA, lead by Traci Mann, a psychology professor, found that while dieters can lose 5 to 10 percent of their weight on any type of diet, the weight returns, often times with additional weight.

Eve* ’15, a junior varsity swimmer, saw little change during her week long pre-Red and Whites diet, estimating she lost half a pound at best. “[My friend] basically became my life coach and fitness advisor. I would send her pictures of what I was eating, and she would tell if it was bad or not,” Eve said. “It didn’t work, but I was [planning on] wearing spandex at my after party,and I didn’t want ‘thunderthighs.’”

When asked if she felt pressured to diet by other dieters, Eve cited another senior girl as her “thinspiration,” someone she admires for the way they wear jeans and because they are able to “stay really skinny.”

Thinspiration, a mashup between “thin” and “inspiration,” mainly originated from Tumblr and Instagram, where users post images of their idealized body types as fitness motivation. However, many people who use the term do not realize that it refers to an online pro-anorexia and pro-bulimia community, according to Families Empowered and Supporting Treatment of Eating Disorders.

“[Thinspiration] can sometimes have detrimental effects as Tumblr and Instagram users become obsessed with these images and achieving those specific looks,” Jenna Patterson ’16, president of Reshaping Reality, said. “The real danger is correlating happiness with a certain body type. Since most of these diets occur right before the dance, most of the time there is very little change. And when there is no change, there’s the disappointment and the need to work harder to create the change they want to see. This can quickly spiral into more detrimental disordered eating patterns.”

The diet trend even has an effect on non-dieters, as those who typically abstain begin to perceive themselves differently.

“When you have a friend who is already thin and they talk about how they want to diet and say, ‘Oh my god, I wanna go to the gym,’ all the time, it makes you concerned that they’re developing bad habits,” Kathryn Bangser ’15 said. “It [also] makes you more self conscious about your own image and eating habits.”

Students who focus on maintaining a healthy lifestyle as opposed to dieting say they are still met with concern and criticism by some of their friends, though their intention is not to lose weight. Helena Giaume ’15 and two of her friends said they used Red and Whites as an excuse to improve their eating and exercise habits, hoping to tone up and feel more athletic.

“I see around me people eating singular pieces of broccoli and carrots for lunch but it was really for us to feel better about ourselves. We continued even after the dance because we realized we felt more energized and more fit. There’s a difference between depriving yourself and watching what you eat. Though we weren’t on real diets, a lot of people still frown upon it, ” Giaume said. “I don’t know if it’s because they are upset with their own lifestyle of eating or if they’ve never known the pressure to diet.”

While dieting is a sensitive issue of importance to many girls, boys say they see the trend much simpler.

“Who are you doing it for….to look nice for other people?” Max Wimer ’15 said. “You look nice the the way you are.”