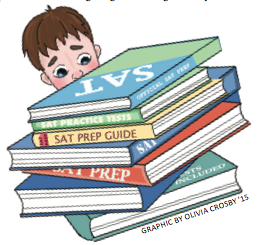 You’re it,” “ready or not, here I come” and the occasional “eww” are typical words and phrases uttered on any elementary school’s playground. However, it would not be surprising to also hear “college” among the swings and slides of districts across the country that are now introducing children to the word as early as the first grade.

According to The New York Times, in districts such as Harnett County, North Carolina; Westchester County, New York; and Santa Cruz County, California, elementary school students fill out mock college applications, pick specific colleges they hope to attend, sequence the steps to get into college with worksheets and tour college campuses on field trips.

However, when asked how Westport elementary schools were following the trend to teach kids about colleges, Julie Droller, Director of Elementary Education, had a simple response: “We’re not.”

Although the Common Core standards, adopted by Connecticut in 2010, state a goal of preparing students to be “college- and career-ready,” Droller noted that this is an ultimate goal that is reached by following an educational trajectory.

According to Droller, Westport elementary schools utilize the concept of zone proximal development, a type of learning that teaches kids based on what is immediately beyond their reach.

“Most children of this age cannot grasp the idea of college,” Kurpiel said. “I think youth should be a time of play and exploration.”

Amy Glazer, Long Lots Elementary School Psychologist, explained that discussing college so early on may also cause kids to fear that getting a bad test score in elementary school could prevent them from getting into college later on, in turn creating anxiety.

“A focus on college may cause undue stress for children and detract from their natural inquisitiveness about school and the learning process,” Glazer said. “They may become focused on an end goal, such as getting into a certain school.”

Principal John Dodig spoke of how this stress can be magnified by the environment that Westport students are in.

“I know enough about Westport to know that education is very important to parents,” he said. “Talking about college to elementary school students sounds like starting the stress rather early.”

However, Henske noted that the reverse could also be true: if the concept of college was introduced in a fun way, it could be well received by kids, making the process less stressful in the future.

“It would be great for the elementary schools to introduce kids to the concept of college […] and some of the skills that will be needed to successfully navigate the college application process,” Henske said. She said that she feels lessons like these would be beneficial if they were done in the fifth grade.

Droller said that if she were to incorporate the future into elementary school curriculums, she would focus on having kids imagine possibilities for their futures and teaching kids that the way to get there is through hard work and school, rather than teaching the students specifically about college.