Secretary pushes to be addressed by her last name 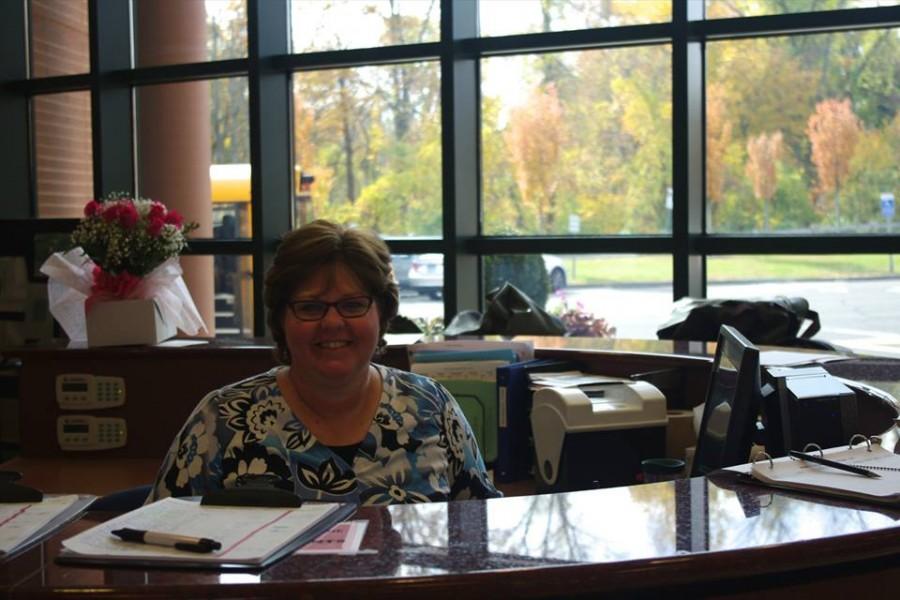 McQuone smiles from her desk, greeting students on their way into school.

After 15 years of working at Staples, attendance secretary Patty McQuone, simply known as Patty among students, has decided that students should start addressing her as Mrs. McQuone. McQuone, who is known for her smiling face and her stack of pink tardy slips she hands out to students, wants to be treated like every other adult in school.

“It’s for respect. It’s just the right thing to do,” McQuone said. “I expect my kids to call other adults Mister and Misses.”

David Dubois, the security guard at the front desk, also occasionally addressed by his first name, Dave, agrees with McQuone.

“It’s a form respect. From students to adult staff members. Mrs. McQuone originated this idea. We’ve been kind of informal but we shouldn’t be,” Dubois said.

“For me, personally, I don’t have a problem. Generally I think it’s appropriate,” Alicea said. “I’m easy like Sunday morning.”

Hoping students follow this request, McQuone and Dubois plan to attach “Mrs. McQuone” and “Mr. Dubois” signs on their desks. In addition, it will be announced on the morning show.

“You can try to do it, but it’s going to be nearly impossible to get 1800 students to stop calling [her] Patty,” Alec Andrews ’15 said.

Principal John Dodig believes it will take a while to retrain students to say Mrs. McQuone, after training them to say Patty for eight years.

Avery Shuldman ’18 said, “I thought it was weird at first when I heard students calling her Patty on the morning show. I’m just so used to people and teachers being called Mister or Misses.”

Although it will definitely be a huge adjustment for Staples students, with plans of enforcement, the transition should be much smoother.

“I don’t even know her last name, I just know her as Patty,” Andrews said.