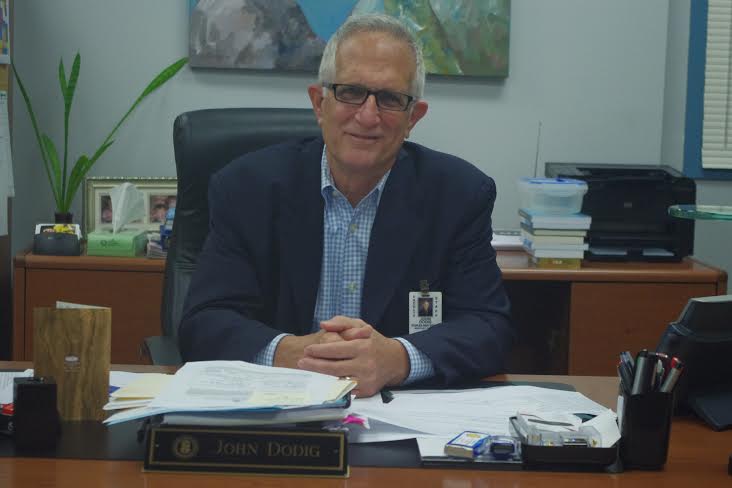 Lambda Legal, a national organization committed to recognizing civil rights, has honored Principal John Dodig to speak at the Connecticut Cares event on Oct. 26 for creating a community atmosphere accepting of diverse sexual and gender identities at Staples High School.

Dodig received a phone call about a month ago from Lambda telling him he would be recognized at the ceremony.

“I had no inkling that this was coming,” Dodig, who referred to himself as normally keeping a low profile, said.

Dodig agreed with Lambda that there has been a dramatic change in Staples’ acceptance of students with different sexualities since he took the job as principal of Staples 11 years ago, referencing bullying that used to occur.

“I can’t control what comes out of everyone’s mouth, but if someone were to say an epithet, someone else would turn them in. When I leave, I’ll say that [change] was my contribution to Staples,” Dodig said.

“Westport has a principal who not only is an incredible role model for integrity and inclusiveness, but he is also gay and doesn’t care who knows it,” Stolpen said.

He added that he believes Dodig has achieved the ultimate goal of a principal: to make school a safe environment for all students.

Prior to Dodig’s invitation to speak at the event, Julia Frost, was selected to share her story of how she was fired from her job as a teacher for being a lesbian. Stolpen thought the contrast between Dodig’s success in Westport and Frost’s struggle in California would bring depth to the event, and therefore reached out to the Staples principal.

Both Stolpen and Dodig mentioned that part of the progress in student acceptance is generational, meaning the 21st century is much more accepting of different sexualities; Therefore, society, in addition to administration, has been an important factor in changing the Staples community’s mindset.