The band DNR rocks out and remembers 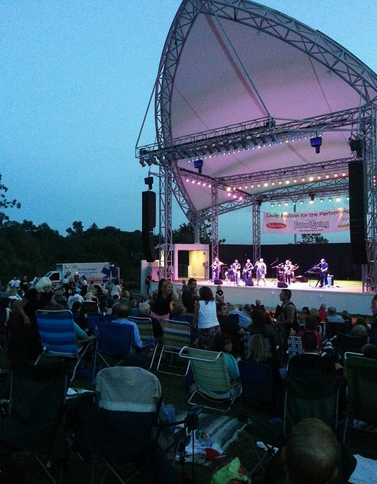 The newly renovated Levitt Pavillion held a concert Wednesday night to commemorate the heroic efforts of first responders during the September 11th attack thirteen years ago as well as the Volunteer Westport EMS.

Before the show, a spokesperson for the Levitt Pavillion  said,“We want to underscore the importance and reverence we have for first responders.”

She later described Westport’s Volunteer Emergency Medical Service (WVEMS) as the, “best people on the planet.”

The concert featured rock band DNR, described as a mostly physician band since the majority of its seven members are practicing Westport doctors.

“Our band uses EMS services everyday as physicians to help us care for our patients,” the unofficial leader, and official keyboardist, for the band, Bob Altbaum said.

DNR opened the show with a Van Morrison classic, “Wild Night,” and went on to play other rock hits the classic Beatles sound, “Day Tripper.”

“It was a really fun atmosphere and everyone was enjoying themselves,” Claire Grosgogeat ’16 said.

Fellow EMT volunteer  Jaime Bairaktaris ’16, a member of the WVEMS explained, “I think the best way to remember and pay respect is with family, which is what WVEMS is, one large, crazy family.”