Students use unique skills in the world of internships 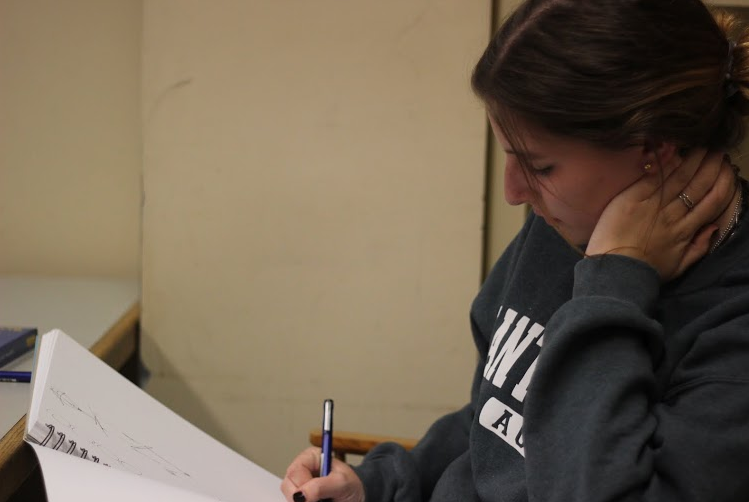 From nearby New York City to far away London, students have spanned the globe seeking their passions through internships.

With college fast approaching, the summer before senior year is a popular time for students to start an unpaid internship in order to gain valuable job experience, practice their interests and skills first hand and build up their college resumes.

This year, a particularly popular field of internships for rising seniors was the fashion industry. Jessica Shaw ’15, Harry Epstein ’15 and Jessica Spector ’15 held internships relating to fashion in areas of public relations, business and design respectively.

Shaw, who found her internship at Bryn Moral Public Relations in London through a program called Discovery Internship, found herself quickly immersed in the thick of the industry.

“The company I worked for represented companies such as Mango, [and] Oliver Peoples. I helped launch a new fashion app called M!LK [and] delivered products to Vogue, Elle, and Instyle,” she said.

Back at home, commuting to New York City on a daily basis, Spector and Epstein too found their days absorbed not just by errands, but also by the ins and outs of the fashion industry.

Epstein, who worked for designer Donna Degnan, known for her classic and contemporary fusion designs, also got up close and personal with how a fashion business works.

“From sewing buttons to constructing flats of garments on the computer, I’m trying to take it all in,” he said.

Besides fashion, students have flourished in other fields as well. Staples Players Secretary and Student Director Isabel Perry ’15 was one of six interns at Encores! Off Center Series at New York City Center under Artistic Director Jeanine Tesori. Tesori is a composer for shows such as “Thoroughly Modern Millie,” which Players performed for their last fall show.

Perry was eager to start her internship largely because of the inspiring people she would get to work with, like Tesori, of whom Perry is a long-time fan.

“On the first day of the internship, I was fifteen minutes early,” Perry admitted. “I was actually a half hour early, but I waited outside and texted my mom to ask how early was socially acceptable.”

Perry’s enthusiasm thoroughly paid off as early as her first day, when a man approached her before a show meet and greet.

“I told him about [my] internship, and he said, ‘I’m being nice to you because in five years you’ll run a theatre company and you’ll hire me,’” Perry recalled. “It wasn’t until the meet and greet started when he stepped forward and introduced himself as the director, Oliver Butler, that my jaw nearly dropped.”

Perry and other students all agree that internships can be valuable, whether because of the people they meet or the experiences they have.

“The most valuable thing I learned from my internship is that everything is a learning process,” Spector said.

Spector experienced this process once when she and other employees were working on a jacket that had accidently been cut the wrong way.

“We had to learn to be creative and figure out how to make the jacket work. In the end, it was created with a bunch of different fabrics and it looked so good,” she said.

Though their jobs may end for the summer, many students are carrying their new skills closely with them and continuing to follow their passions in different ways. Epstein, for example, will be continuing to run his own fashion company, Gracious Mfg, and Perry is planning on getting a subscription to City Center for the coming year. Spector will even be working on many of the company’s fashion shows throughout the year.

Students agree that internships are a great way to follow your interests, and that obtaining success in one is all about personal motivation and attitude.

“Blow people away the first time you meet them, whether it’s the way you dress, or how confident your tone of voice is,” Epstein said. “You never know who you will meet and when.”

“I’ve learned that most of life is self-assigning your own work.  You really have to go the extra mile,” Perry said.