Breathalyzers given to all at charity balls 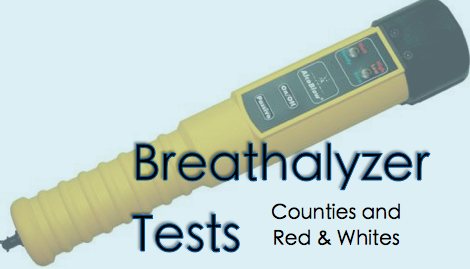 “Okay, pretend you’re blowing out candles,” says a guard by the front entrance as he holds a plastic device up to your face. As students scramble off their party buses and flock into the front entrance of Counties or Red & Whites, each and every one of them is stopped by a guard to take a breathalyzer test.

While students understand the importance of prohibiting alcohol at these events, many question the reasoning behind the breathalyzer tests at the entrance of the dance.

According to Principal John Dodig, since these dances are not affiliated with any school,  the County Assemblies has no ability to issue consequences for poor behavior and therefore do not have much choice in their means of preventing teen drinking.

But as Dodig has said in the past, if he had to resort to issuing breathalyzer tests for everyone at Staples’ proms, he would no longer sponsor them.

“I know they had some nightmare experiences a few years ago that caused the organizers to question whether or not they could continue running the events,” Dodig said. “What they decided was to use the breathalyzer on everyone entering and leaving.”

Breathalyzer tests are used to measure one’s blood alcohol content, and for young people under the age of 21 the legal BAC level is only .02. So while breathalyzers may sometimes pick up something as harmless as mouthwash, it is necessary for them to be extremely sensitive in order to be in accordance with the law.

Gabbie LeBlanc ’14, co-president of the Teen Awareness Group at Staples, said that the method of simply breathalyzing those behaving suspiciously, as done at prom, seems to be just as effective.

“Since after-parties for these dances are incredibly common, students drinking at the actual dance really isn’t a problem and doesn’t usually occur,” LeBlanc said.

While students and faculty understand the necessary precautions that need to be taken at these charity balls, Dodig does not believe that entrance and exit breathalyzer tests should ever be necessary at Staples’ proms.

“But what happens for the remainder of those weekends is out of my control,” Dodig said.