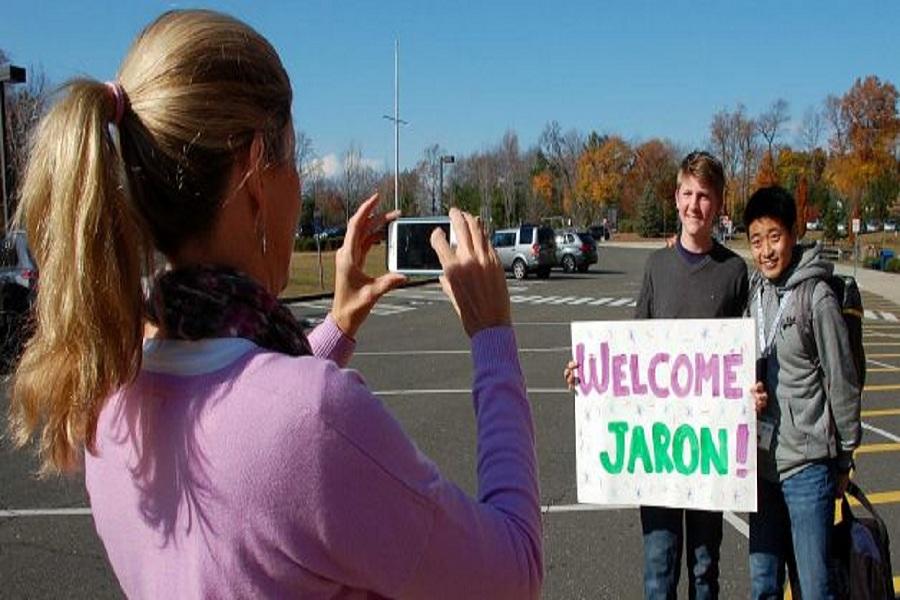 After the nerves calmed and the students have finally settled in with their temporary homes in Westport, the exchange students from Singapore are getting accustomed to Staples life.

All the reactions from the students seem to be positive, despite any preconceptions that they may have had before coming to the United States.

“I have to say that I did not regret my decision to come to America because it has really been a fun-filled experience for me,” Chua Cheng Tat, 16, said.

The foreign exchange students shadow their host family students from class to class, allowing them to get an overall feel for what it is like to be a student in America. Aside from continuing their studies from Singapore while staying in Westport, they also traveled to various nearby locations to enrich their learning of American culture, including Yale University and New York City. When in Manhattan, they visited Planet Hollywood and Times Square

“These places are really beautiful (in American words, cool) and I look forward to going there again, partly because of the good shopping deals there,” Cheng Tat said.

The Staples students hosting the students from Singapore have also benefited from being exposed to a new culture and being surrounded by it.

One host student, Annie Gao ’16 explains that is a strange and unique experience having a stranger live in her house for two weeks. However, she continues that all of the students have become very good friends and have had many good times together so far. “I have gained a lot of insight and taste on what the world is like outside of Connecticut,” Gao said. continues that “we’ve become very good friends from this experience and have had lots of fun.”

In addition to those directly connected to the exchange program, other Staples students have been able to gain a new understanding of different cultures throughout the world.

Alex Suppan ’16 explains how even though the two cultures are very different, the people share relatively similar values. “There are two students in my English class from Singapore and the ideas they shared about a passage in Romeo and Juliet mirrored the rest of the class,” Suppan said. “I would have never expected that.”

It seems that the entire Staples population, including the visitors from Singapore, have benefited from their stay in Westport so far. And there’s no doubt that the next few days will include many more memories for everyone involved.