Stress gets the best of Staples 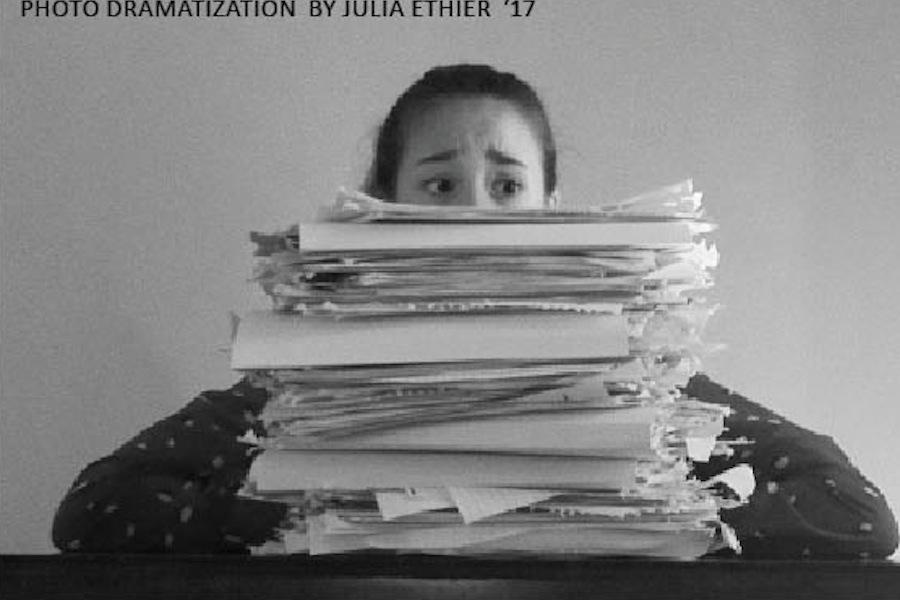 In moderation, all can have benefits. But can there be too much? For Staples students already stressed out, that’s the question.

Stress is very prevalent within the Staples community. Math teacher Bill Walsh allows kids to reschedule if they have more than three major tests in one day. He said that at every test, out of a class of about twenty-five students, at least one or two students reschedule.

Walsh said three or more tests in a day is too much for stressed out students.

“The students can get too hyped up for the tests and do badly,” he said.

Nurse Libby Russ agreed with Walsh and said that easily 50 to 60 percent of kids limp to the nurse’s office for stress.

Russ explained that students often complain of a stomach ache or exhaustion, but stress is the actual culprit. “Stress is a very real feeling,” she said.

According to helpguide.org, too much stress can lead to depression. A study in the Proceedings of the National Academy of Sciences showed that people who went through stressful ordeals were more likely to suffer from colds.

“My breaking point was when I was so stressed out that I came home knowing I had loads of homework to do but instead crashed in my bed and slept for three hours,” Davis said. She  then stayed up all night finishing her work.

“It’s good to a certain extent because it gets me going,” he said. He explained that stress once resulted in an “A” on his math test because he was motivated to work hard.

“Each person has to understand what is good for them and at what point stress becomes a detriment,” he said.