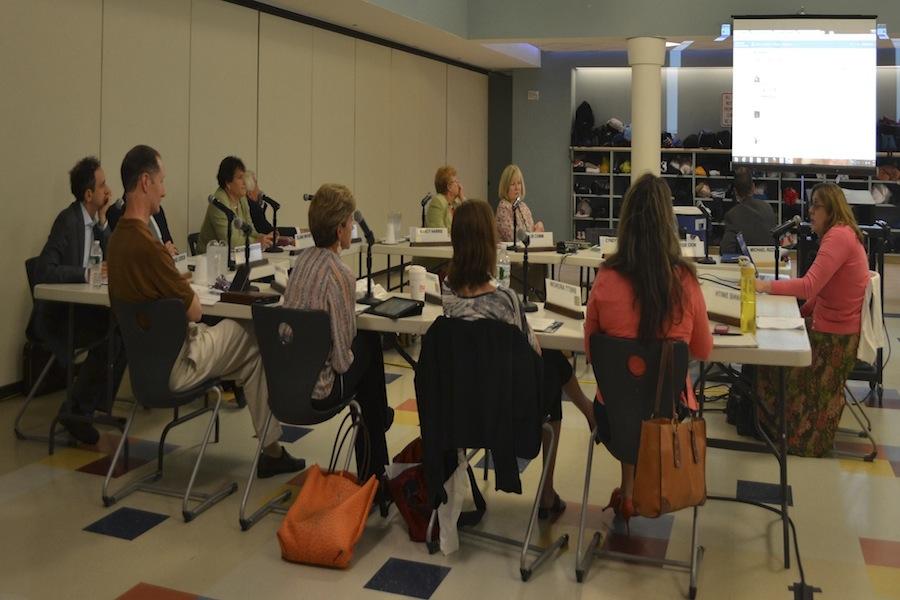 Westport Public Schools Director of Technology Natalie Carrignan talks to the Board of Education about the move to Schoology, which is planned for next year.

On Monday, June 3, Natalie Carrignan, Westport Public Schools Director of Technology, spoke before the Board of Education concerning the switch from Blackboard to Schoology, the learning management system that will be used by the district during the 2013-2014 school year.

With a layout similar to Facebook’s, Schoology provides students with a wall where posts from all of their teachers can be viewed in one spot. Teachers can enable comments so that, just like on Facebook, students can comment on a teacher’s post for clarification. Their classmates will be able to see the comments as well.

“It really allows for communication and interface between the students and teachers,” Carrignan told the Board.

The district will make the switch from Blackboard, the leading system used by college and secondary schools, to Schoology because, Carrignan said, Blackboard’s infrastructure is old and, therefore, does not allow for new features to be implemented quickly.

“Blackboard is clunky,” she said. “We chose it because it was the best at the time, but our expectations have changed.”

The district extensively researched and tested 15 different programs before settling on Schoology.

“We had 209 points on our comparison list, like ‘how many clicks does it take,’ ‘how clean can it be’ and ‘can kids who can’t read well yet navigate it as easily as those who can,’” she said.

Parents and students will use their current Blackboard usernames and passwords for their Schoology accounts.