CommonApp to Replace “Topic of Your Choice” Essay Option 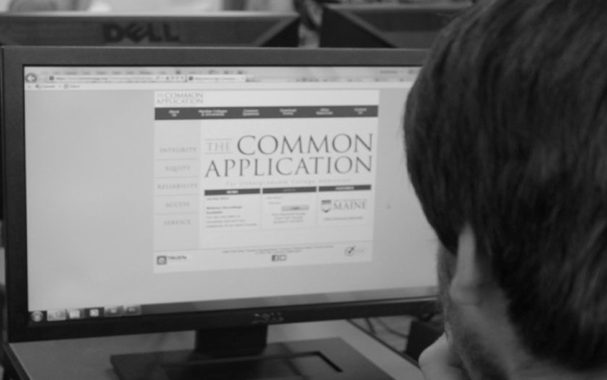 Next year changes are being made to the

This past fall when seniors sat down to begin writing their college essays, limiting their insight into who they are as a person to 500 words seemed like a daunting task. However, all of that is about to change. As of next year, the CommonApp will not only increase this word limit, but change the “topic of your choice” option for students applying to college in the 2013-2014 school year and beyond.

For the past few years, the CommonApp has provided students with several questions, but the one that has remained consistent is the “topic of your choice” option. The new question is still one students can use to craft an essay based on almost anything they want. The new question is:

“Some students have a background or story that is so central to their identity that they believe their application would be incomplete without it. If this sounds like you, then please share your story.”

The changes in the application have received mixed reviews. Some seniors believe that removing the straightforward “topic of your choice” option is unfair, because sometimes students don’t have a specific “story” that they wish to write about.

“Because students can’t choose their own essay prompts, they won’t be as inspired to write their essays,” Andrew Travers ’13 said. “People showcase their full ability when they write about something they actually care about.”

For some, the biggest point of contention regarding the new requirements is not the questions at all, but the word limit. In past years, some seniors have spent hours dissecting their essays to make them fit the tight 500-word limit. However, the CommonApp has recently changed this word limit to 650, giving this year’s juniors a sigh of relief.

“I like the idea of [the essay] being concise,” Jack Greenwald ’14 said. “I think 500 words is probably a little too concise; however, 650 words is definitely not a huge difference.”

In the Guidance offices, these new changes to the application will not change how each counselor handles the personal essay component with their students. According to guidance counselor William Plunkett, the essay is a unique chance for students to show themselves off, regardless of the prompt. Additionally, he believes the changes to the word limit won’t have a marginal effect in the essay writing process for students.

“People who write longer will write longer,” Plunkett said. “We’ll still review essays and often those students who make the appropriate cuts rather than trying to fill up the page end up with a better essay.”

Although it has not been confirmed, there is also talk that the CommonApp will do away with the additional 250-word essay devoted to extra curricular activities. Regardless of the various changes coming to the CommonApp this year, the role of the personal essay will remain consistent.

“I always think of the movie 21, when the college admissions guy has his jaw dropped wide open at the end after the story has been told,” Greenwald said. “The main character asks, ‘How’s that for life experience professor? Did I dazzle you? Did I jump off the page?’ I think that’s the goal of every kid writing his or her essay.”