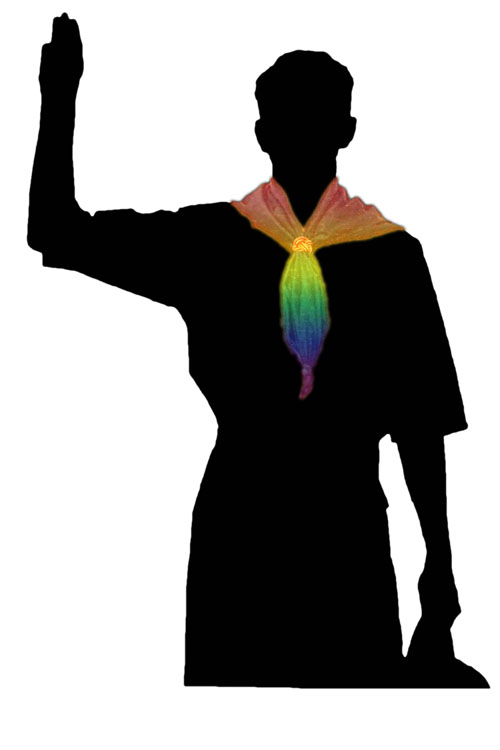 Currently, the Boy Scouts of America does not allow openly gay members, a policy which elicits varied opinions and reactions.

“On my honor, I will do my best to do my duty to God and my country and to obey the Scout Law; to help other people at all times; to keep myself physically strong, mentally awake, and morally straight,” reads the oath of the Boy Scouts of America (BSA).

Can one be gay and “morally straight” in the BSA?

That’s a question that is currently under discussion across the nation after it was leaked to the New York Times in January that the BSA board was meeting to discuss potentially allowing open homosexuals to be admitted into the organization.

The leak has created a national debate and brought the issue into politics and onto op-ed pages. So much so that after the leak, the BSA ultimately decided to postpone the decision until their annual meeting in May.

Currently, the BSA does not allow open homosexuals to serve as scouts, troop leaders or administrative personnel. For some scouts, this doesn’t sit well.

“I think [the] policy has been outdated,” said Aaron Samuels ’16, a life scout, member of troop 100 in Westport and a believer that gays should be allowed into the BSA. “They are trying to stick to tradition and the old-fashioned values of scouting.”

Life Scout Nick Moro ’15, a member of troop 36 in Westport, is also in favor of having openly homosexuals in the BSA.

“Boy Scouts is all about being the best person you can be,” Moro said. “In order for that to happen, you need to accept and tolerate others.”

While there has been nationwide support to not allow open homosexuals into the organization, Westport troop leaders are largely in favor of allowing openly gay scouts into their organizations.

Mark Wisniewski, scoutmaster for troop 39 in Westport, had a gay scoutmaster when he was a scout and said that the BSA’s decision in May won’t affect his decisions to admit anyone who wants to join the troop.

“It’s wrong for any scoutmaster to deny anyone his rank based on the fact that he’s gay,” Wisniewski said. “It just doesn’t work that way.”

Jack Berry is the scoutmaster for troop 36 and a Vice President on the Connecticut Yankee Council. At the May 2012 annual BSA meeting, with full support of the council, a member of the council proposed a resolution that would allow each chartered organization to locally decide whether to admit gay scouts.

Berry, who learned that one of his scouts was gay after years of scouting and the scout’s sexuality was never an issue with anyone, said that the resolution would allow scouts to choose whether they want to be in a troop that allows or does not allow gays.

Others, however, are against the idea of letting gays openly participate in the BSA.

The consensus among those who are against admitting gays into the BSA is that by doing so, the BSA would be going against their values and traditions. They also believe that allowing openly homosexuals would distract the scouts from their missions.

Governor Rick Perry of Texas—an Eagle Scout—urged the BSA to “remain loyal to [their] beliefs” at the Texas Scouts’ 64th annual Report to State in February. Following the report Perry said, “Hopefully the board will follow their historic position of keeping the Scouts strongly supportive of the values that make scouting this very important and impactful organization.”

“The scout law talks about being brave and true and honest, and by saying you can’t be a scout [if one is openly gay] and be those things they’re being hypocritical,” Woog said. “A gay kid can be honest and trustworthy and loyal.”

Woog, who said he knows at least a dozen Staples graduates who are gay and were in Scouts, also stressed that a decision on whether the BSA should allow gays in should be made on a national level.

“If it’s left to individual troops, it sort of becomes, ‘Well, you can discriminate if you want to,’” Woog said.

Chris Fray, advisor to the Staples chapter of the Gay-Straight Alliance, believes that having each organization determine their own policy on homosexual admittance “might be a necessary step along the way.”

“I think anybody who is fighting for equality has to be open to the idea that it may not happen overnight,” Fray said. “They have to be willing to let those opposed get used to the idea. If that has to happen, gays will do what they always do—they’ll suck it up and wait for the day when true justice is served.”

While Woog and Fray differ on whether a national decision is necessary, both agree that gays should be allowed to be open with their sexuality in the BSA.

“There are some more liberal chapters of boy scouts that have sort of done a ‘Don’t Ask, Don’t Tell,’” Fray said. “And if the shame that [comes from not being able to be openly gay] is unacceptable for the military, then I don’t think it should be acceptable for the BSA.”

Woog concurred: “If gay people can be soldiers or Marines, if they can fight America’s wars, why can’t they be Boy Scouts?”

In addition, Fray and Woog pointed out that the Girl Scouts are accepting of lesbians.

“Girl Scouts have never had a prohibition against lesbians,” said Fray, who added that be believes that confusing homosexuality with pedophilia is one reason why gays aren’t allowed to be in Scouts openly. “So what’s the deal with gay men? Why are they a threat, but lesbians are not?”