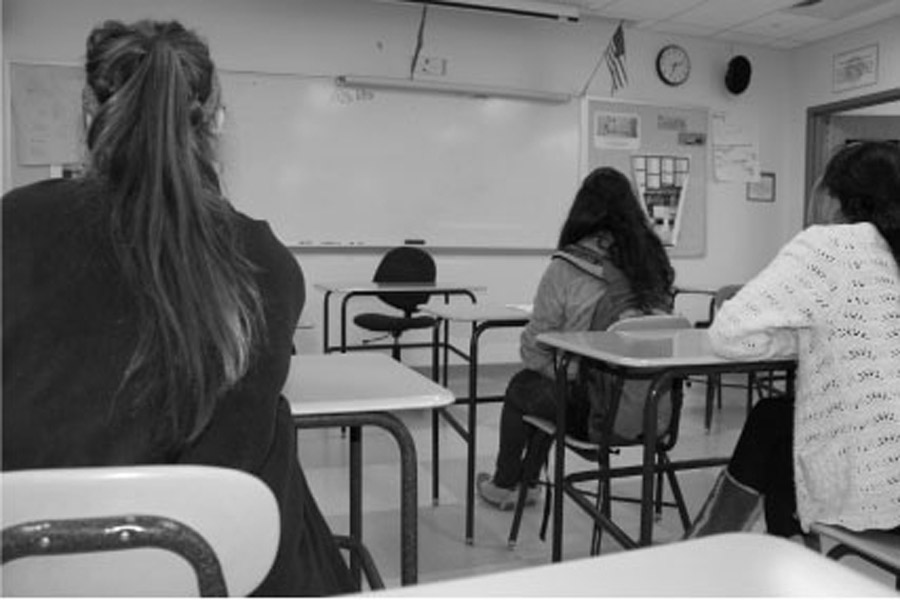 Due to the holiday season and teacher absences, there has been a shortage of substitutes. However, teachers and paraprofessionals have been helping sub for classes, and more people have recently been added to the active substitute list at Town Hall.

Every student can appreciate those days that come a couple times a year when a substitute teacher walks through the door of the classroom. This excitement does not necessarily say anything about the student’s opinions of their assigned teacher but does add an aspect of excitement to a normal day of school and possibly means less work for the period.

Over the past couple of weeks, stories have been circulating through the hallways about classes that were left unattended. The Westport Public Schools’ Director of Human Resources Marge Cion says, “Substitute coverage has, from time to time, been an issue throughout the district.”

According to sophomore Sarah Ellman ’15, no teachers or substitutes showed up to an extended sophomore U.S. history class this past week. “I had U.S. and my teacher was sick, but a sub never showed up, so after minutes of waiting we just decided to put on a movie for the period,” said Ellman. “We did this because we were all just sitting around, so we put on a movie to keep us entertained.”

Another story of a missing substitute comes from an AP Literature class where the English department head, Julie Heller, acted as the substitute for a period. According to Sydney Bibicoff ’13, Heller explained the assignment for the day to the class, and the period continued normally. Students didn’t even know the position that Heller held until they asked.

At Staples there are several familiar faces that are seen when classroom teachers are absent. James Goodrich, James Vozzo and Cari Moore are currently the only full-time substitutes at Staples, but there have been too many absent teachers for the three to be sufficient.

Considering the current state of employment in the United States, it seems strange that there would be a lack of people available to fill open positions, but some of the reasons for lack of substitutes do not necessarily reflect a bad economy. One of the biggest reasons for the small numbers is the season, said Cion. During the holidays substitutes have other commitments and are less likely to accept a position. “We are constantly analyzing the data we have on substitute coverage to attempt to understand which absences are not covered by daily substitutes,” Cion said. “We are using this data to attempt to decrease the number of positions that are not covered.”

According to Goodrich, he and the other permanent substitutes cover one teacher per day but might sub for two or three teachers during times when meetings are going on.

In an effort to compensate for the lack of substitutes in the school system, everyone is pitching in to help. “At Staples, teachers may agree to cover a class if they are available during a particular period. Also, in other buildings, some of our paraprofessionals are certified teachers, so they may be asked to cover on a day when we can’t find daily substitutes,” Cion said. This would explain why students have been seeing substitutes that they don’t recognize.

Westport is not alone in their search for substitutes. “We have [also] surveyed neighboring districts and have discovered that they are also having difficulties covering all of their teachers’ absences,” said Cion. The Board of Education has confirmed that Westport pays daily substitutes a rate that is competitive with other districts in our area.

Things are looking up though for the future of substitute positions at Staples. More people have recently been added to the active substitute list at Town Hall, so there is a larger pool of potential substitutes who could accept a position. Even Goodrich is not feeling an effect from the apparent lack of substitute teachers. “Occasionally, there are no assignments, and, occasionally, there are too few subs available, but, generally, the need and the coverage work well,” said Goodrich.