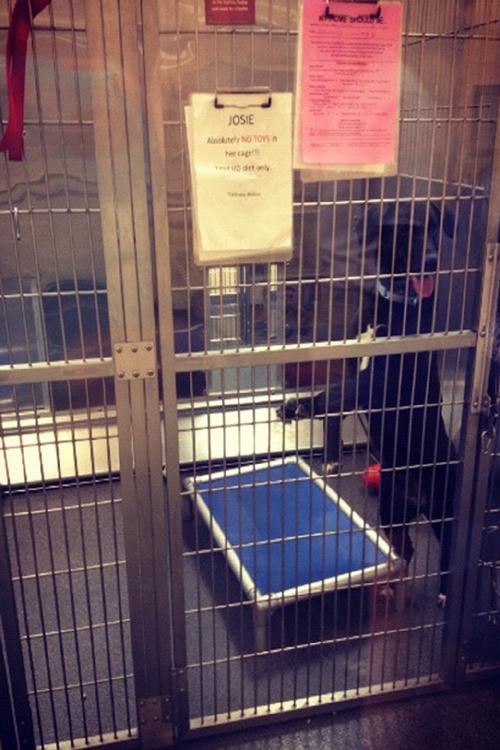 Because the Westport Humane Society does not euthanize animals, pets must be adopted in order to make space for new animals. Currently, the shelter is at full capacity and thus is not accepting other animals.

The Westport Humane Society has announced that it has reached full capacity of animals.

The capacity for pets in our Westport shelter is 33 dogs and 54 cats. The humane society asks that people call in advance to make an appointment for turning in animals to ensure there is an available cage space for them.

With so many animals in the shelter, the BCSPCA animal cruelty commercial showing disturbing images of neglected cats and dogs might come to mind.

However, the animals already at the Westport Humane Society do not have to worry about being abandoned or with facing euthanasia.

All are adoptable, but none are getting adopted. Since the Society doesn’t euthanize animals, adoption is the only way to free up space for new animals.

The humane society cannot accept pets the day they are brought to the shelter if they do not meet the requirements of shelter system. The animal client is sent to other animal welfare organizations.

If you were to go to the Westport Humane Society, you would see available pets on the adoption floor housed behind the scenes, waiting for their medical and behavioral evaluations and treatments. In order to reassure they are safe for adoption.

The Westport Humane Society already renovated in 2004, expanding in order to accommodate more animals. The shelter does not plan on renovating in the near future. However, it wants to collaboratively work with others in order to help more pets.

But to achieve this goal, the shelter must have more space to accept new animals.

“People need to adopt,” said Isabel Perry ’15, whose own dog was adopted from a shelter. “People who buy those purebreds for $3,000 should be considerate of the animals at the shelter; they’re just as valuable.”

The shelter provides a valuable service for many Westport residents. Louise Kaufmann, a senior resident of Westport, had to make a decision about caring for an cat her son had found.

“[My son] thought it would be better to take it my home instead of the humane society,” said Kauffman, who ended up taking care of the cat because the shelter was not accepting new animals.