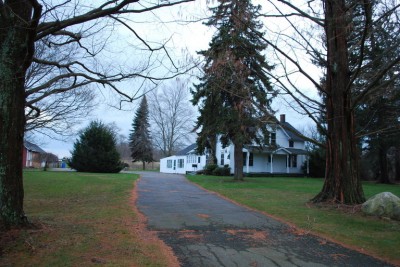 One in six Americans suffer from food-borne illnesses. In hopes of decreasing this statistic, on Jan. 4, 2011, President Obama signed the Food Safety Modernization Act.

In the past few years there have been several outbreaks of disease due to foods such as spinach, peanut products, and eggs, and the Food and Drug Administration (FDA) had little control over the situation. This new act will provide the FDA more power to enforce regulations and recall contaminated food.

“It is an interesting piece of legislation because it will likely act to improve the quality of food,” Michael Aitkenhead said, who spends a unit studying the food industry in his environmental classes.

Due to the Act, new regulations will be imposed, which will alter the food industry. The new system will address the production, processing, transporting and preparation of foods. It will also give the secretary of Health and Human Services the ability to call inspections as necessary and give employees proper training.

Fears of how the FSMA will affect the food industry, from large-scale production to small independent farmers have risen. Consumers may have to pay more for food products, and small farmers may lose business being unable to meet the new requirements.

Aitkenhead explains how this may give the larger food companies an advantage, feeling threatened by the organic food movement, the Act could potentially lead to smaller scale farms shutting down. However, in likelihood, small farms have healthier and safer food.

Senator Jon Tester added an amendment to the Act aimed to protect the small farms stating they must sell food directly to consumers within a 275-mile radius of where it was grown, and earn less than 500 thousand dollars in sales per year. If small farms uphold these standards, they will be exempt from some of the regulations imposed on the larger food companies.

Unless the FSMA regulations for small farms become more strict, it shouldn’t have a negative impact on the Staples garden or Aitkenhead’s Wakeman Farm. The issue is if there are more regulations enforced, small farms do not have the resources to comply.

The FSMA aims to keep Americans healthy by ensuring the food they eat is by encouraging food agencies to collaborate, and concentrate on not only locally grown food, but imported food as well.

“Safety is a concern whether you have a 10,000 acre farm or a small garden so I understand the need for protocol,” Aitkenhead said.