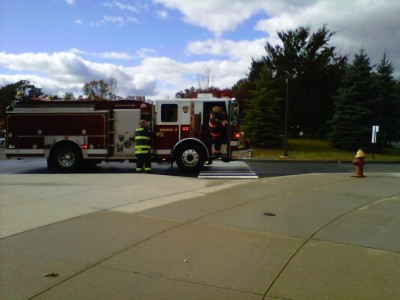 During period 6 on Friday, October 22, students were rushed outside for a firedrill. As the Westport Fire Department pulled up to Staples, they soon discovered that there was not a fire, but rather pressure difficulties. According to Principal Dodig, the workers on North Avenue opened a fire hydrant, which decreased the water pressure in the school, thus setting off the alarm system. How ironic that the fire department would come to fix a water issue.