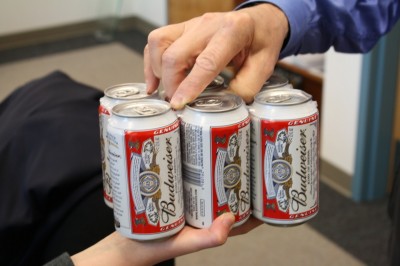 At a recent, “memorable” Westport party, teens drank several bottles of vodka. They drank six–packs of beer. Then there were also Jell–O shots, portions of Jell–O made with vodka instead of water.

The supplier wasn’t a local liquor store. It wasn’t an older brother or sister. No fake I.D.’s were involved.

“Well, they pretty much stole the drinks from the host’s parents,” said the student, who chose to remain anonymous due to the nature of the subject. She described the method of procuring alcohol as “indirect supply.”

As Staples High School sits in the aftermath of a Homecoming in which a number of students were hospitalized for alcohol poisoning, the question arises as to where and how underage Westporters acquire alcoholic beverages.

The answer may lie quite close to home: from their parents.

Students interviewed said parents often provide alcohol, sometimes directly buying the liquor and giving it to their children. Or, as in the case of the “Jell-O” party, “indirectly” giving it to the minors.

According to laws included in the Connecticut State Statutes, a parent may give alcohol to their own children as long as both the parent and child are at home and the child is under the full supervision of the parent.

However, other laws in the Statutes make it illegal for parents to supply alcohol to minors other than their own children.

One reason that parents may give alcohol to their children is that they think teenage drinking elsewhere, such as at parties, is unavoidable, according to Staples student outreach counselor Chris Lemone.

“They want to teach their kids how to consume alcohol in moderation to prevent them from going on binges due to their unfamiliarity with the drug,” said Lemone.

Lemone described this kind of parental thinking as a kind of misguided logic, as numerous studies have shown that adolescents who abstain from drugs and alcohol altogether in high school tend to be less likely to use those substances later in life.

One male Staples student, who also wished to remain anonymous, holds the exact viewpoint that Lemone describes as erroneous- the idea that parents are essentially doing their children a favor if they teach proper “drinking technique.” After recounting a private party at which he drank more than three beers within a short period of time with “disastrous” results, he believes that upcoming practical “alcohol education” from his parents will be worthwhile.

“My parents are going to teach me lot about how to drink over the summer this year. It’s better that they give me a few beers now than to see me come home hammered after parties next year,” he said.

Another male student, who also requested anonymity, added: “I think my parents are giving me first-hand experience that reinforces what I’ve learned about alcohol in health class. For starters, that alcohol should be consumed over a long period of time and always on a full stomach.”

Some parents, however, provide alcohol to children other than their own. This activity is illegal under Connecticut’s state statutes.

Some students, such as Maddie Kimble ’12, support the current state of drinking law in Connecticut.

“When a parent supplies alcohol to a child that isn’t their own, safety becomes a larger issue [than if it is to his or her own child], partially because acceptable amounts of alcohol vary between different people. Giving two underage people a beer is like giving them the same prescription medication—the results are potentially horrendous. Parents who give alcohol to kids that aren’t their own are completely irresponsible and negligent,” Kimble said.

Like Kimble, Lemone believes that parents should not be able to legally provide alcohol to children other than their own.

However, he does not necessarily believe that this represents a moral failure on their part.

“In my 12 years at Staples, I have encountered several parents that do [provide alcohol to children at parties], but it isn’t exactly negligence—it’s more that these parents are just naïve,” said Lemone.

Social worker Julie Horowitz suggested that parents who supply alcohol for children and their friends may do so because “they are uncomfortable asserting these rules with older teens who they would rather please than challenge.”

Still another reason that parents might provide alcohol is the influence of various cultural and ethnic backgrounds.

These factors may have an impact on how likely a parent is to provide alcohol to their underage children, according to Lemone.

“Westport, as a town that contains lot of residents that claim European backgrounds, may have parents that are more relaxed towards youth consumption of alcohol because the parents were exposed to [alcohol] at a young age as well,” said Lemone.

Principal John Dodig agrees with Lemone, but believes that cultural influences are more specific than what can be determined from ethnic background- that American culture supports the consumption of alcohol by minors.

“Alcohol is incredibly embedded in our culture. When one celebrates a wedding, a religious event, or birthday alcohol is usually involved. Almost every modern celebration in the U.S. begins and ends with alcohol,” Dodig said.

Some people believe that while alcohol is an accepted part of American culture, the way it is regulated may confuse students.

“It’s interesting that an 18 year old is mature enough to vote and fight for his or her country, but unable to understand the seriousness of alcohol use,” said Horowitz. “Teenagers and parents are really caught in the middle of a culture that sends mixed messages.”

As it is illegal under the State Statutes for a parent to provide alcohol to minors other than their own children, parents who do can be held criminally liable for their actions.

Dodig has expressed that the school district does not assume liability for illegal drinking that is not on school grounds or at school-related events such as Homecoming and the Junior and Senior Proms.

However, in concern for the welfare of all Westporters, he urges parents to play an active role against underage drinking in general.

“When a child comes home from a party, their parents ought to get out of the family room, turn off the TV, and go to the door to greet him or her. Most parents don’t; it’s that fear of confrontation with seeing or smelling something that they don’t want that stops them. That fear is what most parents must overcome,” said Dodig.