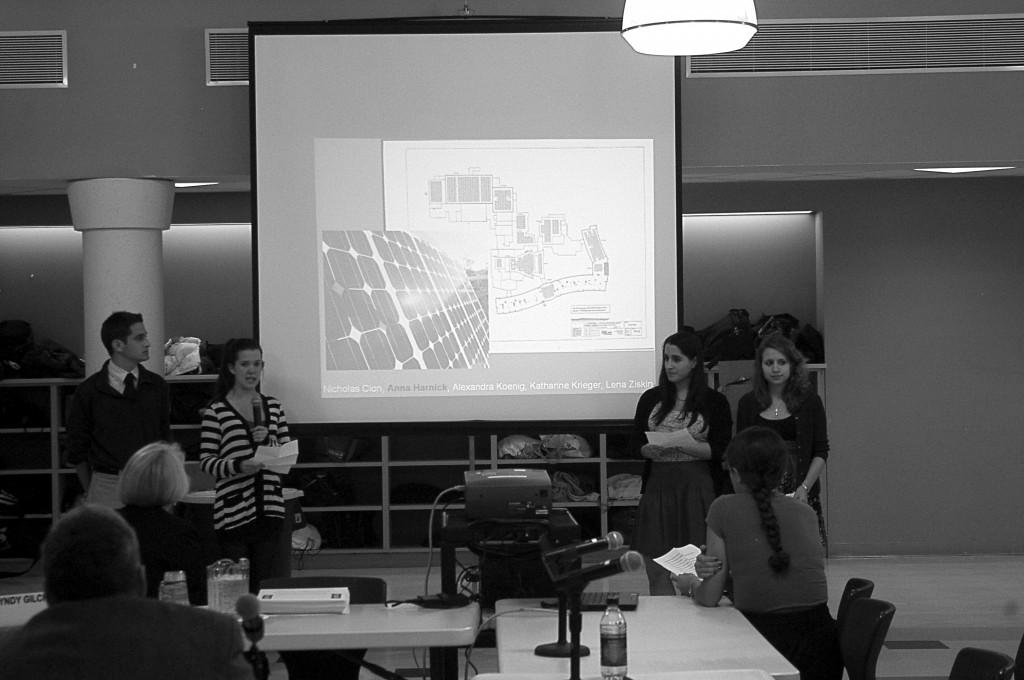 At the March 8 Board of Education (BOE) meeting, the first place team for the Staples Spectacular Student Challenge, which consisted of Nick Cion ’10, Annie Harnick ’10, Lexa Koenig ’10, Kat Kreiger ’10 and Lena Ziskin ’10 was awarded $5,000. The group then presented their solution to the BOE.

The Challenge was intended as an effort to increase awareness about environmental issues in Westport. The competition consisted of nine teams of five students each, who worked for 12 hours together to write a persuasive paper that solved a problem presented to them.

Dodig stated that the contest was a success, and suggested that a higher cash prize and “double the participants” would be likely features of next year’s contest.

After discussion of the Challenge, the BOE met with a coalition of parents, teachers and town officials to discuss the screening process for a student’s entry into the district’s Special Education program.

According to information given by many members of the board, regulations on this process have changed since 2003, when a new federal policy conflicted somewhat with that of the town’s policy. Additional details discussed included the judgment of when and how a student that has just moved from another district to Westport should be screened for special education.

More information on the topic of Special Education screening can be found on the BOE’s website.