Frosty in the Courtyard 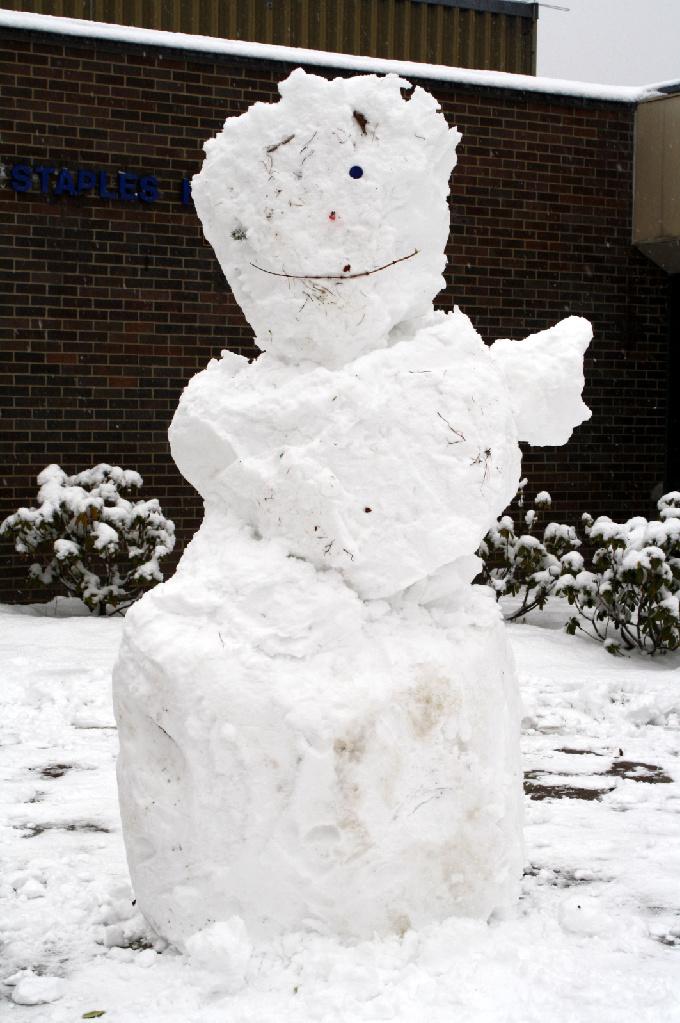 Snow came down heavily January 28, as a group of students gathered in the courtyard to enjoy the winter weather. What started as small group of snow sculpting students making the most out of not being let out of school early, turned into a spectacle for all of Staples to see peering down from their classrooms above the courtyard. These “ice sculptors” created a variety of snow art: one snowman, numerous snow angels, snow animals, and later, a snow throne.

The snowman endured many punishments as it was knocked down twice and pelted with snowballs. Some students even dubbed it Elliot Landon and threw snowballs in humorous frustration over not being given an early dismissal.

After weathering snowballs, the snowman was tackled by a student who could not be identified. Instead of reconstructing the destroyed snowman, students used the leftover snow to build a snow throne.

When the snow throne was built principal, John Dodig, took the honor, under request of the builders, to be named King of Snow at Staples High School. He accepted without hesitation and sat proudly in the Royal Throne of Snow.