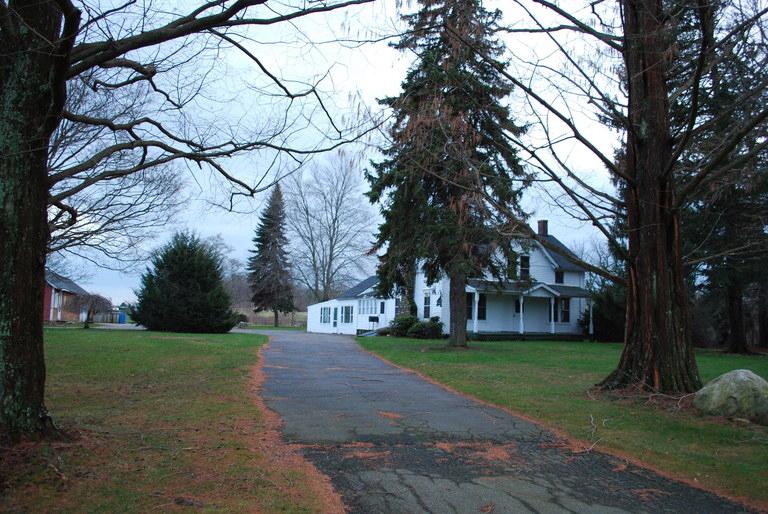 On Dec. 2, the Board of Finance (BOF) voted 7-0 to approve a lease between the Town and the Westport Green Village Initiative (GVI) Farm, Inc. for the restoration of Wakeman Farm and the building of a community farm at 134 Cross Highway at $1.00 per year for seven years.

GVI leased the farm for “engaging in, conducting, and managing a community farming program that will focus on local healthy food production, responsible land stewardship, sustainable practices, and community service.”

Members of the BOF approved the lease for various reasons. Member Helen Garten’s approval was based on specific criteria.

“As a Board of Finance member, I had to satisfy myself on two points: First, was this the best use of the property for the people of Westport? Second, was the Town adequately protected financially? I concluded yes to both questions.”

Garten was particularly swayed by the fact that the land will be preserved and used for agricultural purposes, with no cost to taxpayers.

“In this economic environment, that is important to me,” Garten said. “I was also impressed by the students who spoke in favor of the project, and GVI’s commitment to include them in the activities of the farm.”

Fellow member Charles Haberstroh had a slightly different view, but echoed Garten’s concern regarding the protection of Westport.

“I was neither in favor of or opposed to the Wakeman Farm/GVI lease,” Haberstroh said. “The BOF was able to limit the risks to the town sufficiently in my opinion for me to vote to recommend the lease. This was done by tightening the lease provisions, limiting exposure and in part by further explanations of GVI.”

Nevertheless, Haberstroh does believe the farm may have a positive effect on the community.

“I think that a successful GVI venture could benefit the town, primarily as an educational tool,” Haberstroh said. “That is a personal opinion and did not enter into my decision to recommend the lease.”

The town farm lease also persuaded BOF member Ken Wirfel to vote in favor of the town farm. His assent was based on the minimum risk posed to the town, specifically the financial aspects.

Wirfel also connected with the farm proposal on a personal level. His family’s house is “home to a number of beautiful old apple trees which yearly provide [him] and [his] neighbors with bushels of apples delicious for eating off the trees or for baking,” Wirfel said. “All of us should feel that connection to the land and share in the bounty that nature can bring us….that’s the promise of the Green Village Initiative.”

GVI Founder and Chairman Dan Levinson noted that GVI has wanted to start a farm for a long time, and estimates the farm will cost about $75,000.

“I think it’s a huge opportunity and so if the farm is successful it will be very well worth the cost…it’ll be a place that the people in this community can go learn to be more environmental,” Levinson said.

The Board of Finance and GVI are not the only ones in favor of GVI’s community farm.

“[GVI] spoke to [Principal] John Dodig and [Superintendent] Elliott Landon… the whole educational infrastructure is really excited about this farm …about students in the community really getting involved in the farm,” Levinson said.

Levinson hopes for the farm to become an integral part of Staples High School.

“One of the main things I want to stress with the Staples community is there’s going to be all kinds of opportunities for students and teachers to get involved with their farm,” said Levinson. “There will be jobs and internships.”

AP Environmental teacher Michael Aitkenhead, who will be living on the farm with his family, is eager to involve Staples students in the farm.

“I would love to see my classes, the culinary classes, the horticulture classes, and others visit the farm and learn some important lessons firsthand,” Aitkenhead said.

With regards to educating the students, Aitkenhead believes the farm will encourage environmentally-friendly practices.

“My students often say they are reluctant to make changes in their lifestyle because most people don’t even realize how to make a change or that they are unwilling to make one,” Aitkenhead said. “In a lot of ways, this farm is that first step or that first change. Once people see that growing your own food is possible, then others will begin to do it too, and that is a powerful thing.” However, Aitkenhead does not only expect to see the farm benefitting students.

“The farm will provide a learning center for others to begin farming and gardening on their own. Even if each home grew just 10 percent of their own feed, that would have an astronomical impact on lowering Westport’s environmental impact,” Aitkenhead said. “I think the farm will be a great institution for education but also for building community ties.”

This winter the farm will be renovated, foods will be planted in the spring and harvested in the fall.