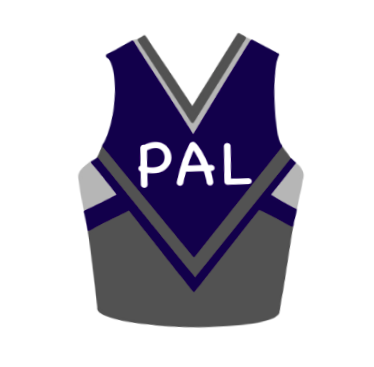 Westport Police Athletic League (PAL) cheerleading is unable to field teams for the 2021 season because they cannot find parent volunteers, which is crucial for coaching, fundraising and coordinating of the teams.

“Last year there was no cheerleading at all due to Covid and that put us behind the eightball,” PAL athletic director Darryl Delia said. “That cancellation caused us to lose momentum heading into this season, and we were unable to find parent volunteers for this season.”

Westport PAL cheerleading was the only cheerleading opportunity in Westport, outside of Staples High School, and it is where most Westport cheerleaders started and learned the fundamentals and basics before moving on to more competitive teams.

“There aren’t many lighthearted and fun cheer programs like PAL and I’m so sorry for the young girls who don’t have the chance to experience it anymore,” Staples cheerleader and former PAL cheerleader Claire Fischer ’22 said.

There were many people who were interested in joining PAL cheerleading, or who were in it before, and are now faced with the dilemma of finding a new place to join a cheerleading team.

“GCA is the only other option in our area,” Westport mom Michelle-Lee Rabinowitz said.

GCA, The Gymnastics and Cheerleading Academy of Connecticut, has a great reputation for gymnastics and cheerleading; however, it has more of an intense and competitive nature and doesn’t have programs for cheerleading at sports games, only competitions.

With the lack of a program like PAL cheerleading in Westport, it is possible that the future of Staples cheerleading could be in jeopardy.

“If people aren’t introduced to cheer at a young age, they probably are less likely to join in high school,” Fischer said.

With the closure of Westport PAL cheerleading due to the low number of parent volunteers, Westport kids who want to cheerlead are now at a disadvantage.

“I was very disheartened to hear there are no available options for this upcoming season,” Rabinowitz said. “I truly believe there is a strong desire within our community for such a program. I know my daughters would be very interested in joining.”