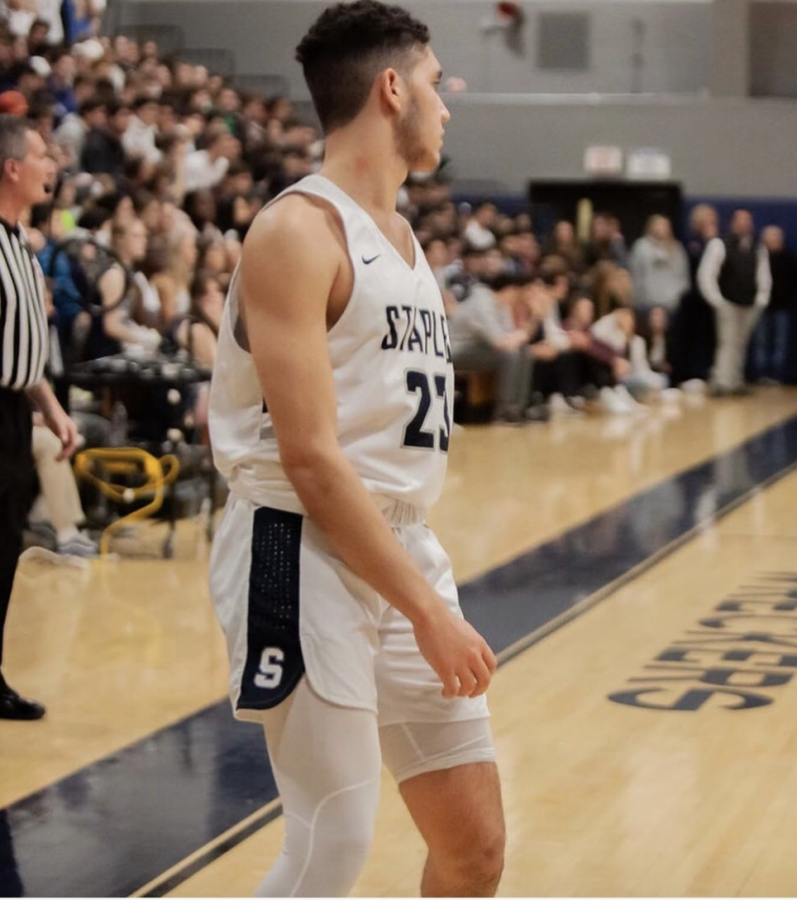 Staples fans are ready to see what senior captain Lucas Basich ’21 can do this season after a breakout junior season.

After a breakout season in 2020, it is time to take a look at the upcoming boys’ basketball season and what to expect from senior captain, Lucas Basich ’21. The shooting guard is coming out of a huge season where he averaged 18 points per game.

At six feet-two inches, Basich is taller than most shooting guards and small forwards for his age, and he uses his height to his advantage when shooting. In the 2019-20 season, the shooting guard/small forward averaged three three-pointers per game and only continued to improve his shooting stroke throughout the season.

“It is fun to watch the team ball out, and it is always fun from a fan’s perspective to see Basich draining threes all game,” Owen Sherman ’21 said.

After the disappointment of the playoffs being canceled last year, the Staples boys’ basketball team is hungrier than ever to show what they could have done last season.

“Last season was a bit of a disappointment when our season pretty much got shut down in states because of COVID,” Basich said. “This season, the team hopes that we can have a season, and if we do, hopefully we will win a state championship.”

Shooting has been one of Basich’s premier strengths on the court, but that was not all he did last season. The senior also excelled in passing the ball; he averaged five assists per game and was able to spread the ball well around with his teammates.

“Lucas is a huge part of our offense and is a really big reason for all of our success last season and really helped to make our team succeed,” Justin Honig ’21 said.

With a new role this year, it will be exciting to see what the senior can do as a captain. After starting his last two years on the varsity squad Basich hopes this will be his best season yet.