Boys’ soccer loses in first round to McMahon 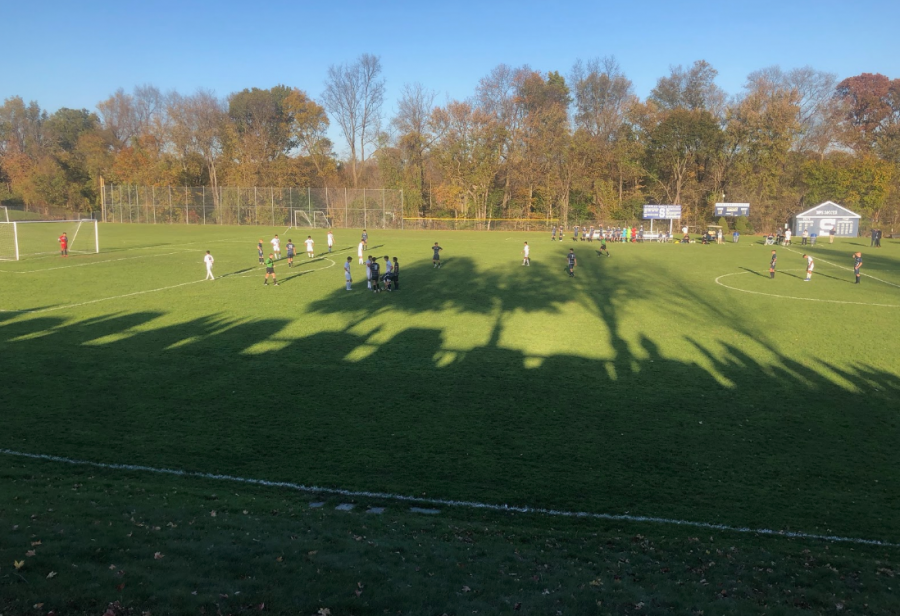 In a thrilling matchup, the Staples boys’ soccer team faced off against Brien McMahon in the first round of the playoffs, with Staples losing by a score of 1-0.

The first half was scoreless, until with two minutes remaining, a McMahon header off of a corner kick was able to find the back of the net for the lone goal of the game.

“We started the first half off slow, and got unlucky to have let up a goal so late in the half, I thought we got an unlucky result, especially playing with 10 men,” Enzo Valadares ’21 said.

Staples started the second half looking for goals, and re-energized, not ready for their season to end. One minute into the second half Valadares sent a punt leaving Hayden Siroka ’21 on a breakaway, but the McMahon keeper was able to make an outstanding save to keep the lead.

As Staples fought to the very end, they had multiple shots on the Senators net. Unfortunately for the Wreckers, they were unable to find the back of the net.

“I am very proud of how our team was able to navigate the unpredictable circumstances, and still find a way to get a lot out of the season,” George Smith ’21 said.

It was a very tough way to end a short and interesting type of season for the Wreckers. The team had played fewer games than usual and had no FCIAC tournament to compete in.

“We fought hard and tough for each other,” Haydn Siroka ’21 said. “It’s not the way that we wanted to end the season but we are proud of what we have accomplished.”