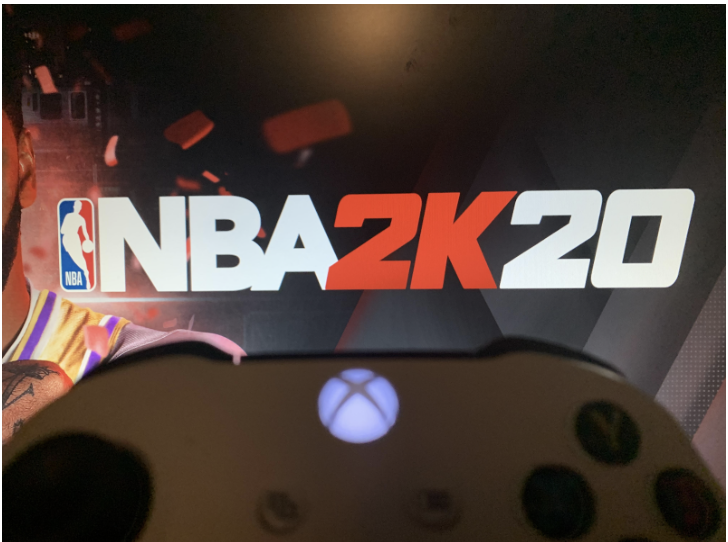 The NBA makes use of their own Xbox game by showing pro basketball players competing in NBA2k20. While they cannot play, sports leagues have looked to alternative forms of entertainment for their viewers.

Due to the current state of the novel COVID-19 virus outbreak, the National Basketball Association (NBA) has remained in suspension since an initial 30-day closure on March 11. While the teams are unable to compete, the NBA has resorted to broadcasting other forms of content to entertain viewers. Staples students have been enjoying these efforts.

Earlier this month, the league brought 16 of its stars together in a single elimination virtual tournament in NBA 2k20. For each of the 15 games, the players recorded themselves playing in their respective homes, along with the actual footage of the game.

“I thought the tournament was really fun to watch,” Teddy Sachs ’23 said. “It brought back some nostalgia which was a good feeling for me at this time.”

This contest was available for free on multiple streaming platforms including the ESPN app, Twitch, YouTube and others. Many staples students tuned in to see their favorite players compete.

On April 12, the league hosted an additional contest, this time a live H-O-R-S-E game including current and past NBA and WNBA players competing on hoops at their own houses. Many were unimpressed by the quality of the participants’ videos.

“I think it was an attempt to pump out content without much quality or effort put  into it,” Noah Hofstetter ’22 said.

But in addition to these virtual competitions, the NBA has used social media to further engage fans. Among these efforts is #NBATogetherLive, the newest trend on their instagram that includes voting on highlight plays and participating in basketball trivia.

“I think all the events they are doing is a good effort at engaging people with pro basketball while there is none to watch on TV,” Aedan Kiniry ’22 said.

At a time when live sports are unable to continue, efforts like that of the NBA have attempted to give sports lovers the next best thing.