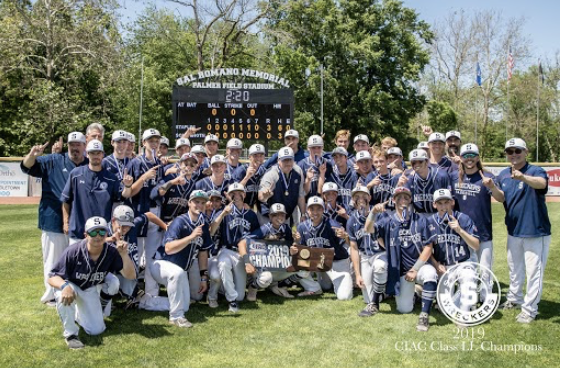 With the recent outbreak of COVID-19, the spring sports season will be postponed for all schools across Connecticut. Governor Lamont ordered all schools to be closed until at least April 20 as the final date back is to be determined. As the decision affects all grades, seniors are left heartbroken with the possibility of their final season being stripped out of their hands.

The boys’ and girls’ lacrosse team are both coming off strong years and have many returning seniors. The girls’ lacrosse team came off of a 14-2 record. The team has Kathleen Cozzi ’20, who will be going to William and Mary for lacrosse next year; Jane Lukens ’20, who is a Dennison commit; and Kyle Kirby ’20, a Notre Dame commit. These three girls are also the captains, but are also joined by seven other seniors.

Last year the boys’ team was 11-4. The boys have Pat Ciquera ’20, a Bucknell commit, and many other senior boys joining him this season.The players are devastated they may not have the opportunity to play their senior season especially having built a new field.

“When I heard the news I was heartbroken. I play basketball in the winter and lacrosse in the spring so having both my seasons taken away from me was really hard,” Cozzi said.  “For lacrosse we have a lot of potential this year with the amount of upperclassmen we have returning. For most of us, it’s our main sport so we have been training all year for this.”

In order to have the season precautionary measures are needed but it still may be out of reach. Many Staples students believe that the decisions made by the school are the correct ones, but are still left heartbroken.

The Staples varsity baseball team’s dream of a repeat performance might not happen; however, morals remain high among the players.

“I understand where the decision is coming from but I still have hope we’ll be able to play. It’s especially hard for me because I was injured last season and haven’t been able to play in two years so this year meant a lot,” Leo Aronson ’20 said.

Seven seniors make up the 12-man Staples golf team. Last year the team had one of its best seasons, having a record of 9-0-1.

“I’m really upset about the season being cancelled. I was really looking forward to playing with guys I’ve been with for the last four years,” Jake Desmarteu ’20 said. “I don’t think golf poses any risk in spreading coronavirus but I understand why they had to cancel the season.”

What’s happening in Westport and around the world is something out of a movie, but it is hard not to think about what could have been for the senior athletes.