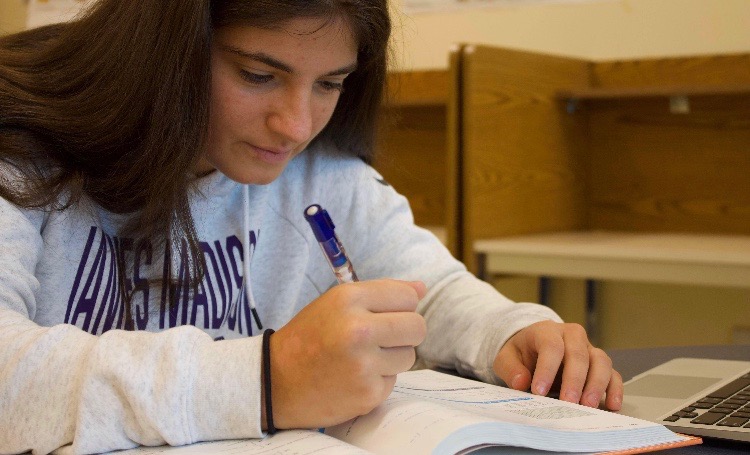 After scoring two goals for varsity her freshman year, Shira Parower ’21 worked hard in the offseason to score 54 goals in her sophomore year which helped to earn herself a spot with James Madison University.

After not earning much playing time freshman year, Parower decided to change the way she approached the game. She worked harder than ever before, relentlessly spending every second at the field perfecting her craft so that sophomore year would be different.

“Sophomore year I became more of a key player and was second in scoring and assists,” Parower said.

Last year, the team made it all the way to the FCIAC championship, where they lost by one goal to Wilton, this year Parower hopes to win the FCIAC.

Parower was faced with other different schools to go to but in the end, decided that JMU was the best for her. Parower emphasized her love for the city around JMU and how the town around it helped her pick it.

Parower’s work ethic does not come to a halt when she steps off the turf as she is just as committed in the classroom.

“I’ve seen Shira on the lacrosse field and in the classroom,” Girls’ Lacrosse Coach and Health Teacher Jennifer Mitteness said, “and she’s not only a great lacrosse player, but she also is a great student who gets along with everybody in the class.”

Despite the fact that Parower’s play often consists of her scoring goals, she makes sure to get her teammates involved and enhance their overall play in addition to her own.

“Shira’s a really good teammate and fun to be around,” Emma Ashe ’21 said, “[She is] also a really good player that is hardworking and dedicated.”

With the 2019 season behind her, Parower is focused on having an even better season this year and hopefully one that will end with a championship trophy.