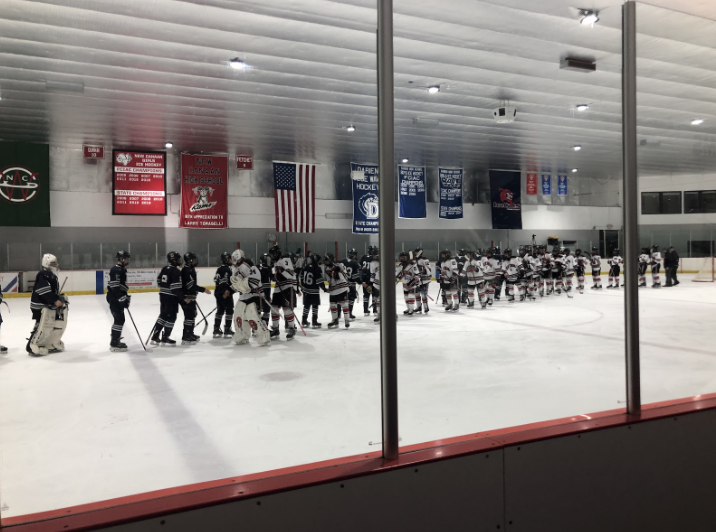 The Wreckers fell 6-1 to New Canaan on Wednesday, Jan. 8 in an FCIAC matchup at the Darien Ice House.

Darien — The Staples Wreckers boys’ hockey team fell 6-1 to Division I New Canaan on Wednesday, Jan. 8. The Wreckers, a Division III team, held their own for a period and a half before the train came off the rails.

After matching a New Canaan goal with 6:55 left in the first period on a shot by Owen Sherman ’21, Staples went into the intermission down 2-1. After a tough first half of the second period, it fell apart for the Wreckers.

“I thought we didn’t go for every loose puck as hard as we could,” captain Alex Goodman ’20 said.

On the positive for the Wreckers, goalie Graham Day ’21 had many key saves throughout the game that kept them in it for a while.

Next, the Wreckers take on rival Joel Barlow at home (Milford) on Saturday, Jan. 11. They will return to the Darien Ice House on Wednesday, Jan. 29 to take on Darien.

“That’s really the key of hockey,” Goodman said, “one loose puck and you lose.”