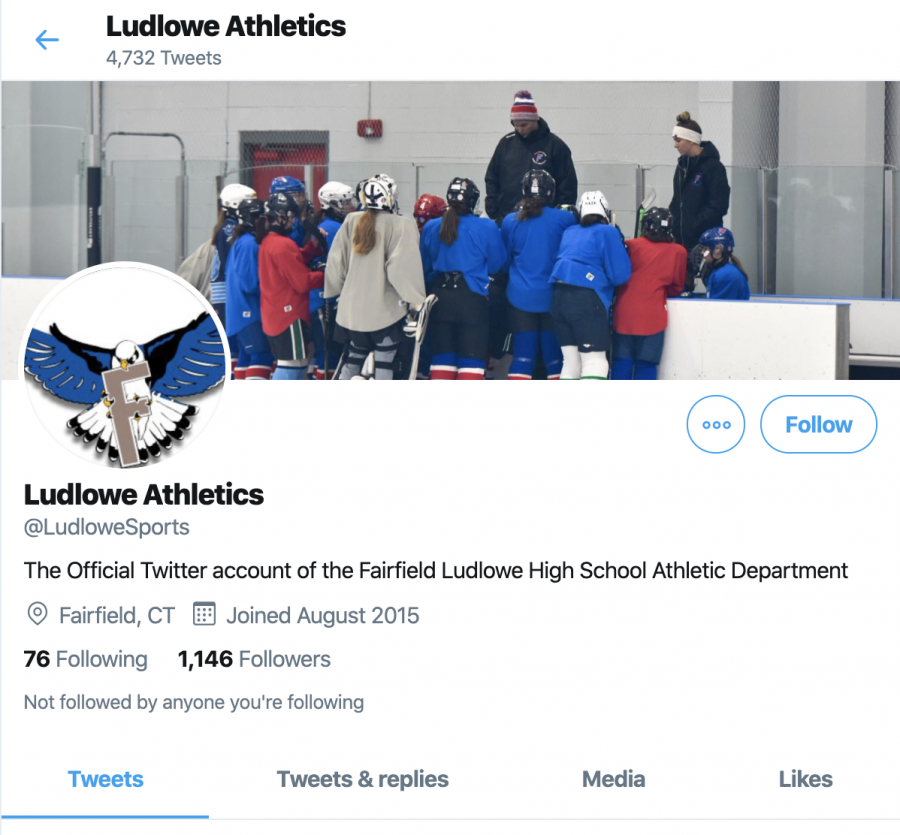 After complaints about inequalities in post for boys’ and girls’ teams, the Ludlowe Athletics Department’s Twitter is under a Title IX investigation.

Being a student-athlete comes with many challenges. At times, trying to balance school work, practice and carving out free time to relax can be nearly impossible. When athletes achieve their goals, whether that be winning a game or simply showing improvement, it feels as if the long days of hard work pay off.

Equally as exciting as achieving results is receiving recognition. It’s a great feeling to have friends, family and teachers congratulate you or read articles about your team in local news.

Unfortunately, not every team receives equal attention. This became a problem for the Fairfield Ludlowe Girls Swim and Dive Team and eventually prompted a Title IX investigation for Ludlowe Athletics.

Staples’ teams don’t have a problem concerning inequalities between girls’ and boys’ sports, (this would fall under a Title IX violation) but rather inequalities in publicity depending on the popularity of the sport, as well as their success.

Sports like football, soccer and field hockey receive a lot of attention from Staples students due to the popularity of the sports and the success that they’ve had. On the other hand, there are many other Staples teams that might not be as popular or don’t win FCIACs. These teams don’t receive as much publicity, which is a shame because they deserve recognition too.

Which is why this year, Principal Thomas has made a great effort to mention sports events during his morning announcements. Last year, I rarely knew when Staples sports teams had games, matches, or meets, or what the results were. Now from morning announcements, I often hear about many different teams. I hope this trend continues.

In addition, a Staples girls’ rugby team is new to the school this year. The new addition has created the opportunity for Staples girls’ to try a sport that previously wasn’t available. With a few exceptions, every Staples sport has both a boys’ and girls’ team.

Phelan discovered that despite many accomplishments by the swim and dive team, there had been little promotion of their successes.

“After analyzing the AD’s Twitter account, it was apparent that Girls’ Swim and Dive Team was not alone. Many girls’ sports were in similar straits with a lack of social media produced by the FLHS Athletic Department.” Phelan said.

After not seeing change following meetings with Ludlowe administration, Phelan wrote an article in the Fairfield Patch. The article prompted the Title IX investigation concerning the Athletic Department’s Twitter.

In addition, I hope that Staples will continue to treat girls’ and boys’ teams with equal resources, and attention.